Search for Tara Reade complaint threatens to backfire on Biden 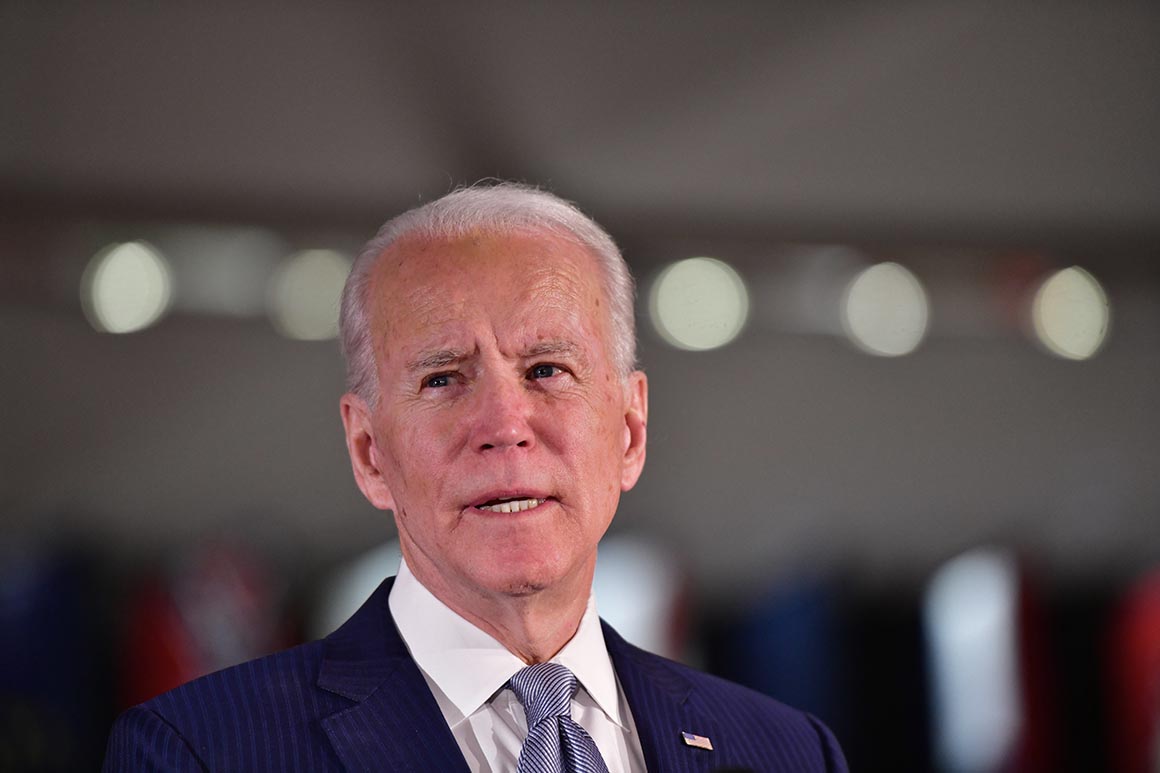 In his first televised interview about Tara Reade, Joe Biden said his old office personnel records aren’t among the senatorial papers he sent to the University of Delaware. The personnel records — which might shed some light on Reade’s claim that she filed a workplace complaint with the Senate in 1993 — are in the National Archives, he said.

If Biden hoped he was clearing up a key evidentiary question Friday related to his former Senate staffer‘s sexual assault allegations — he called for the identification and release of “any record of the complaint she alleges she filed“ — he was sorely mistaken.

Now there’s a focus on his refusal to commit to opening up his archived papers at the University of Delaware — a trove of documents that critics suspect might house Reade’s complaint. Rather than set the record straight Friday in his first remarks on the subject, Biden might have inadvertently opened a new line of attack on his campaign this fall and provided President Trump — who has famously refused to release his own tax records and has been accused of sexual assault multiple times — with a measure of cover.

“The most transparent thing Joe Biden did this morning was admit that he is hiding documents so they can’t be used against him,” said Emma Vaughn, Florida press secretary for the Republican National Committee, in a statement.

For more than a month, Biden had held off commenting on Reade’s accusations to avoid creating more news, instead simply issuing a campaign statement denying Reade’s account. During a tense interview with “Morning Joe’s” Mika Brzezinski, he held to that position, going so far as to encourage a search of National Archives documents in search of Reade’s complaint.

Reade, who has publicly acknowledged that at the time of the alleged incident she didn’t report it as an assault, says she no longer has a copy of the harassment claim.

“She said she filed a report. She has her employment records still,” a frustrated Biden said Friday.

“She said she filed a report with the … United States Senate at the time. If a report was ever filed, it was filed there, period,” he said.

Five of Biden’s former staffers who worked with Reade disputed her account in interviews with POLITICO. They say they have no recollection of Reade filing or making any complaint or being pressured to quit her job over any incident.

Reade’s friends and brother have said she had told them years ago that Biden sexually assaulted her.

During Friday’s interview, Brzezinski pressed Biden to call on the University of Delaware to release his work papers just in case Reade’s complaint was there, rather than at the National Archives. Biden declined, saying the university wouldn’t have any personnel-related documents. He noted that it would have sensitive records of his private talks with foreign heads of state and high-level discussions on policy and legislation.

“The idea that they would all be made public while I was running for public office — they could be really taken out of context,” Biden said, bemoaning it would “be fodder in a campaign.”

While his defensive posture suggested otherwise, Biden’s arrangement with the University of Delaware isn’t that uncommon, according to archivists familiar with the personal papers of contemporary politicians.

It’s standard for members and former members of Congress to close their records when they run for office, said Dan Linke, archivist at Princeton University, which maintains the records of former New Jersey Sen. Bill Bradley, who had his records closed when he ran for president in 2000.

Linke said the volume of Bradley’s records are equivalent to Biden’s and are comprised of 600 linear feet of “a couple thousand boxes” of documents. In reviewing the University of Delaware’s announcements and statements about Biden’s records, Linke said the school is adhering to “fairly standard” norms observed by other schools.

Vice President Mike Pence sealed his congressional records at Indiana University in 2016 before Trump chose him as a running mate. A Pence spokesman declined comment.

A year before Hillary Clinton announced her bid in the 2016 presidential cycle, records concerning her were inexplicably withheld from the Clinton Presidential Library. But after unfavorable press, they were released in accordance with the Presidential Records Act.

According to a University of Delaware’s spokeswoman, Andrea Boyle, “we are currently curating the [Biden] collection, a process that takes a significant amount of time. As the curating process is not complete, the papers are not yet available to the public.”

The university won’t release the terms of Biden’s donor agreement to the school for the documents he agreed to give in 2011, saying it’s not a public record. Initially, Delaware planned to release the records two years after Biden retires from public office. But it updated its policy just before Biden announced his presidential bid to say the records would be released “two years after the donor retires from public life.”

Biden’s campaign has checked on the repository of his records since he announced his bid for president a year ago, but the university has been closed since mid-March. That was before Reade’s allegations, including her unsubstantiated claim about filing a complaint, were made.

In a written statement, the university pointed to Biden’s disavowals that the records would have Reade’s complaint if one had ever been filed.

A Biden ally and former senator from Florida, Bill Nelson, said office personnel files aren’t turned over to universities because they don’t want them in the first place.

“Universities want the speeches, the position papers, the policy, the meetings, the notes. They don’t want personnel stuff and it’s usually not supposed to go to them anyway because of privacy issues that are protected under law,” said Nelson, who’s turning over his historical records to the University of Florida from his 18 years in the Senate.

Nelson said the criticism from Trump’s campaign of Biden about transparency and harassment are rich, considering the president’s refusal to release his tax records and the accusations of more than 20 women who say Trump has sexually harassed them in separate incidents.

“It’s not only taxes he hasn’t released, it’s all the harassment from Trump,” the former Florida senator said.

On Friday in his interview, Biden didn’t mention the accusations against Trump and played defense as he was repeatedly asked why he didn’t just ask the University of Delaware to look for the Reade complaint.

In a statement released just before the interview, Biden explained his campaign’s thinking. “There is only one place a complaint of this kind could be — the National Archives. The National Archives is where the records are kept at what was then called the Office of Fair Employment Practices.”

“I am requesting that the Secretary of the Senate ask the Archives to identify any record of the complaint she alleges she filed and make available to the press any such document. If there was ever any such complaint, the record will be there,” he said.

On Friday evening, he sent a formal letter to the Secretary of the Senate, Julie E. Adams, to figure out exactly where the office records in question might be.

“We had understood that the Senate stores records from this office, and from this period, in the National Archives. The Archives now states that the records would have remained under the control of the Senate,” Biden wrote.

“Accordingly, I request that you take or direct whatever steps are necessary to establish the location of the records of this Office, and once they have been located, to direct a search for the alleged complaint and to make public the results of this search,” Biden wrote. “ I would ask that the public release include not only a complaint if one exists, but any and all other documents in the records that relate to the allegation.