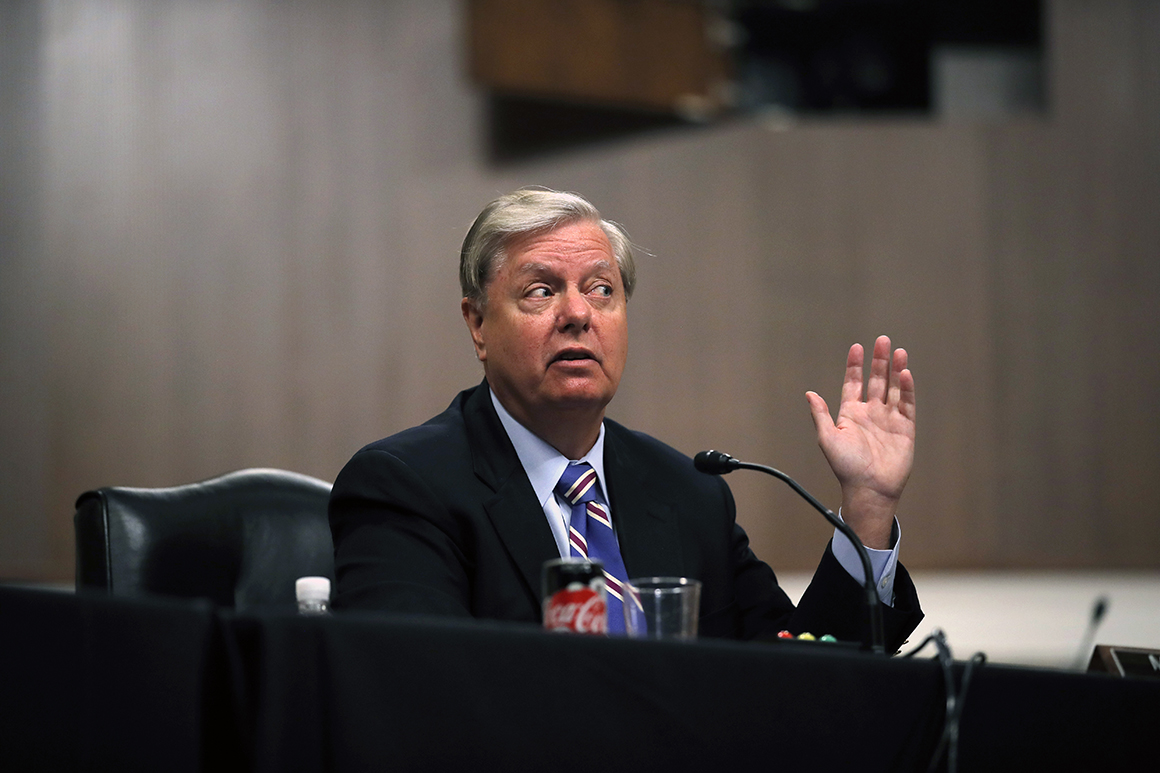 The subpoenas target former FBI Director James Comey, former CIA Director John Brennan, and former Director of National Intelligence James Clapper, among others. Graham has said he plans to seek testimony from Mueller himself, “or an appropriate designee.”

Democrats have charged that the investigations are baseless and intended to boost Trump’s re-election prospects. Republicans reject that charge, alleging that the president and his associates were unfairly targeted by the outgoing Obama administration.

Graham’s investigation is also expected to focus on alleged abuses of the Foreign Surveillance Intelligence Act, which were documented in a scathing Justice Department inspector general report that examined the surveillance warrants for former Trump campaign adviser Carter Page. That report also found that there was a proper foundation for the Russia investigation and that political bias did not play a role.

The list of subpoena targets also includes officials who were involved in the initial investigation of former national security adviser Michael Flynn, who pleaded guilty to lying to the FBI. The Justice Department recently moved to drop the criminal case against Flynn, though the judge overseeing the case is seeking further judicial guidance.

“We need to look long and hard at how the Mueller investigation got off the rails,” Graham said, hammering the FBI over its reliance on an unverified dossier of claims about Trump that was compiled by a former British intelligence officer. “We’re going to get to why everybody ran stop signs all the time.”

Graham has resisted Trump’s calls to seek the testimony of his predecessor, former President Barack Obama, as part of the investigation. Trump has accused Obama of trying to illegally sabotage him, though there is little evidence to support the claim and the president has not clearly stated what he is accusing Obama of doing.

“This is really unprecedented, at least in my 26 years,” said California Sen. Dianne Feinstein, the Judiciary Committee’s top Democrat, arguing that the committee should vote on each subpoena rather than one broad authorization. “This ties the hands of the minority in any serious investigation.”

“I don’t understand how we can do an investigation if you’re not going to be able to get all the evidence,” Feinstein said as the amendments were rejected one-by-one.

Graham, once a Trump foe himself, has embraced the president’s calls for an investigation after initially supporting the appointment of Mueller and even crafting legislation to shield the special counsel from potential termination by the president.

But Graham has soured on the investigation after learning new details about the genesis of the Mueller probe, saying the process was “corrupted” by forces within the government who wanted to take down Trump. He is also facing his own re-election fight in November and, like most Senate Republicans, is eager to stick close to the president.

Rosenstein defended his decision to appoint Mueller as special counsel and largely blamed the FBI for the inaccuracies and omissions in the surveillance applications, including one that Rosenstein himself approved.