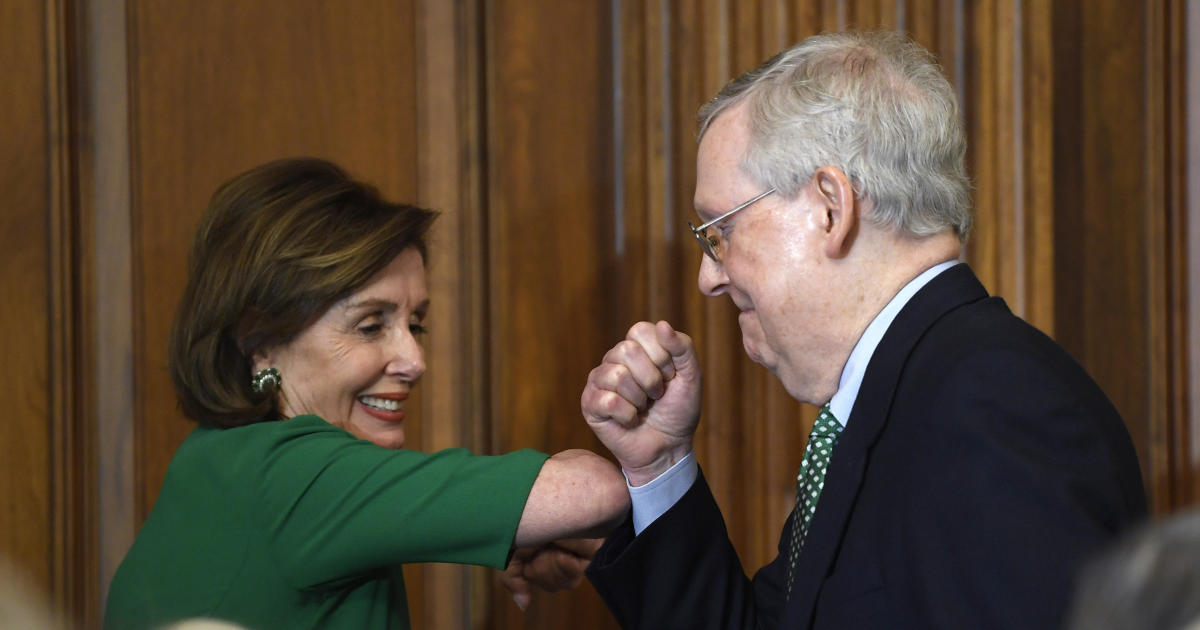 Washington — The Senate will vote Wednesday on a coronavirus relief bill passed by the House last week that provides free testing and paid leave for certain workers as the White House solidifies plans for an even larger package to address the fallout of the pandemic.

Senate Majority Leader Mitch McConnell said the chamber will vote later in the day to pass the House measure, known as “phase two,” and urged fellow senators to support it.

“Later today the Senate will vote on a House proposal that seeks to address one small piece of the problem before us. It is a well-intentioned bipartisan product assembled by House Democrats and President Trump’s team that tries to stand up and expand some new relief measures for American workers,” he said on the Senate floor.

“I will vote to pass their bill,” he continued. “This is a time for urgent bipartisan action, and in this case I do not think we should let perfection be the enemy of something that will help even a subset of American workers.”

Meanwhile, the Treasury Department outlined the administration’s proposal for the third phase of the response. In a memo, the administration asks for two rounds of direct cash payments to taxpayers, worth $ 250 billion each. The first payment would be made April 6, and the second would come on May 18.

The administration’s request also includes $ 300 billion in small business loans, $ 50 billion for the airline industry and $ 150 billion for other “severely distressed” industries. The document outlining the request was first reported by The Washington Post, and a senior administration official confirmed its authenticity to CBS News.

Some Senate Democrats complained that Republicans were not consulting them about this “phase three” bill.

“No one is talking to us at all,” Senator Patty Murray said.

The Senate considered amendments before moving forward with a vote Wednesday afternoon. Republican Senator Rand Paul introduced a failed amendment that would have required any additional spending to be offset by cuts elsewhere. Senator Ron Johnson, also a Republican, is expected to offer an amendment to the House bill which would remove the paid leave mandate while expanding eligibility for unemployment insurance for workers who lose their jobs during the crisis.

McConnell said Tuesday that senators will remain in Washington until they approve a phase three deal. “We’re not leaving town until we have constructed and passed another bill,” he said.

Arden Farhi contributed to this report.