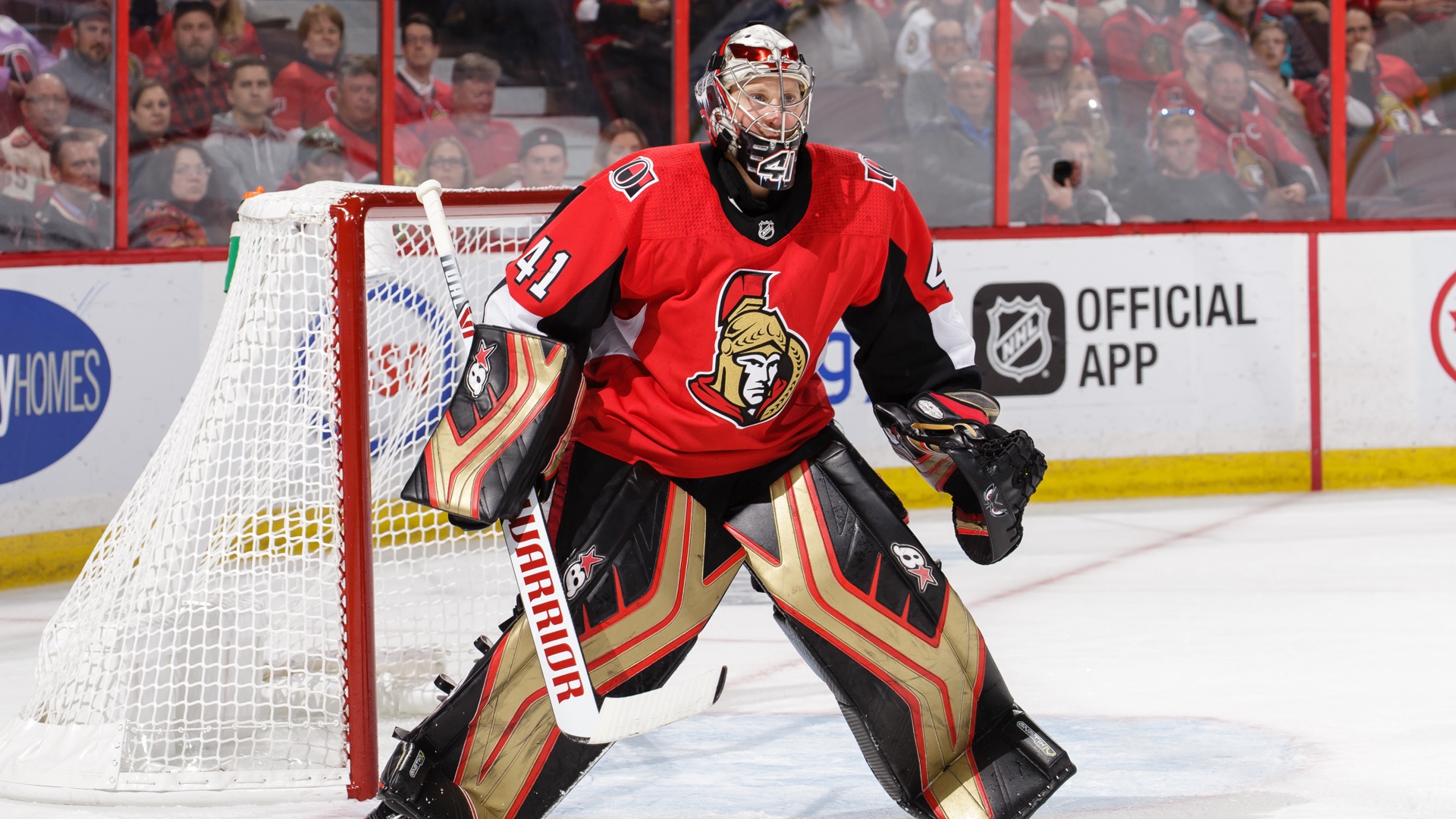 The coronavirus pandemic has caused a degree of uncertainty for athletes all over the world, but for those who were pondering retirement at the end of this season, the situation raises even more questions. Craig Anderson is one of those players.

The 38-year-old Senators goalie will be an unrestricted free agent this offseason, whenever that begins. Ottawa will not make the playoffs regardless of what happens over its final 11 games. With the league having to abandon the rest of the regular season a distinct possibility, Anderson may have played his last game for the Senators or, possibly, in the NHL.

“I think we’re at the point now where we’re in an unprecedented area, where we’re in times that we never expected,” he told reporters in a conference call this week, “so I’m just kind of rolling with it right now and, you know, let the chips fall where they may. As an individual, I’m hopeful that we are able to get back to play and kind of finish off the rest of the year, but it’s out of my control. If it were something that I did that screwed things up for myself, it’d be different, but right now I’m not really too concerned about it.”

Anderson is 11-17-2 with a 3.25 GAA and .902 save percentage for Ottawa this season. The team was sitting in 15th place in the Eastern Conference when the season was put on hold on March 12.

He said he hasn’t spent much time thinking about what the future might hold.

“I haven’t put much too much thought into future plans,” he said. “I’m kind of trying to stay in the moment as best I can, stay in the now, so to speak, and kind of focus on the what-ifs for what we’re going through now. The current season is what we’re all focused on — Can we get back and finish our season? — so we’ll cross the bridge as far as future plans down the road, but as of right now I’m missing the game like crazy. I want to be on the ice, I want to be there competing with my teammates, so right now that’s the way I’m leaning — that I want to compete and continue to do what I love every day.”

MORE: Gary Bettman: ‘We don’t live in a world of perfect anymore’

If he has played his last game for the Senators, then he’ll leave with some fond memories of his time in Ottawa.

“There are definitely several games that come to mind,” he said. “The best part about my time in Ottawa was the playoff runs. We had a couple of great series, a couple of great games. Pittsburgh at home [in the 2017 Eastern Conference finals] was a good one, obviously our run to the conference finals there. Our fan base got absolutely electric and the dynamic come playoff time, that was kind of something that we eagerly look forward to, and we’re equally disappointed in ourselves as much as our fans were disappointed in us when we didn’t make [the] playoffs.”

As for life after retirement, Anderson says it will likely involve another one of his passions. He has raced stock cars in the Ottawa Valley in the past and sees motorsports as a possible pursuit.

“I’ve always had a passion for motorsports,” he said. “It started with our family, my father and my brother and I, we like to be at the track, we like hanging out. It’s kind of our spot to go and catch up. So there’s definitely going to be an involvement with motorsports at some point.”

ByJamie Carragher couldn't help but tease his fellow scouser Conor Coady that Jurgen Klopp had expressed an interest in signing him to cover for...
Read more