Sensors warning motorists of potential hazards could save lives 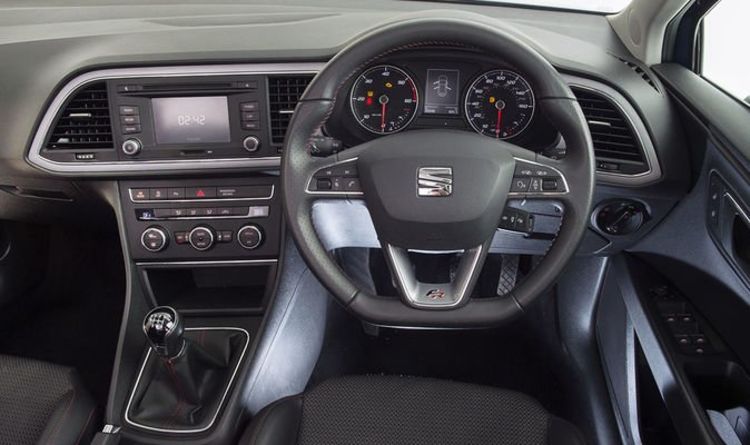 But car maker SEAT is testing new technology which detects potential hazards in the road and ‘talks’ to the vehicle, which instantly alerts the driver on the dashboard. Sensors and cameras monitoring the road ahead detect objects – moving or stationary – and relay images to a Multi-Access Edge Computing server.

The MEC server uses artificial vision software to analyse the image and determine whether the obstacle, such as a cyclist, could pose a safety issue.

Once the data is analysed, it sends an alert to the connected vehicle and an alarm appears on the car’s instrument panel – warning the driver they must proceed with caution.

The whole process from detecting the obstacle to conveying the information on the car’s screen takes just five milliseconds.

Humans, in comparison, generally take about 150 milliseconds to react to touch, sight and smell – making the potentially life-saving technology 30 times faster than the naked eye.

SEAT is trialling the system in Robledillo de la Jara, a remote Spanish village with 90 inhabitants, using a drone to patrol the road ahead of a vehicle.

The company, which is working on the project with a number of technology and communications companies, has released a video of the drone detecting a parked car and a cyclist.

It sends the information to the cellular network, which sends a warning sign onto the instrument panel of the SEAT Ateca.

C sar de Marco, Head of 5G connected car at SEAT, said: “We’ve seen how the car is able to communicate with its surroundings in the city, and now in rural areas, too.

“In this pilot test we added a drone that sends the information to the cellular network, which sends it to the vehicle, and the driver can see the information displayed on the instrument panel.

“What we aim to do is employ technology for the benefit of road safety.

“Drones will protect areas where there is poor visibility or that are difficult to access.”

Hardware like infrared cameras, sensors and beacons were embedded into local infrastructure to communicate with a car.

Sensors were fitted at traffic lights and pedestrians crossings which could ‘talk’ to cars to make the driver aware someone was about to cross the road.

More than half of all traffic casualties in Europe involve the most vulnerable users – cyclists, pedestrians and motorcycle riders.

It has been estimated by the International 5G Automotive Association that the risk of accidents can be reduced by 69 per cent with the future implementation of 5G technology.

ByMarisa Petrarca Serums and cleansers and concealer, oh my! Here at Us Weekly, we’re shamelessly obsessed with testing the latest and greatest skincare, hair and...
Read more

BySporting News Russell Wilson believes the Seahawks are a "great place" for Antonio Brown to grow as the star quarterback approved the team's interest in...
Read more

7 Months Into the Pandemic and I’m Losing Motivation. Help?!