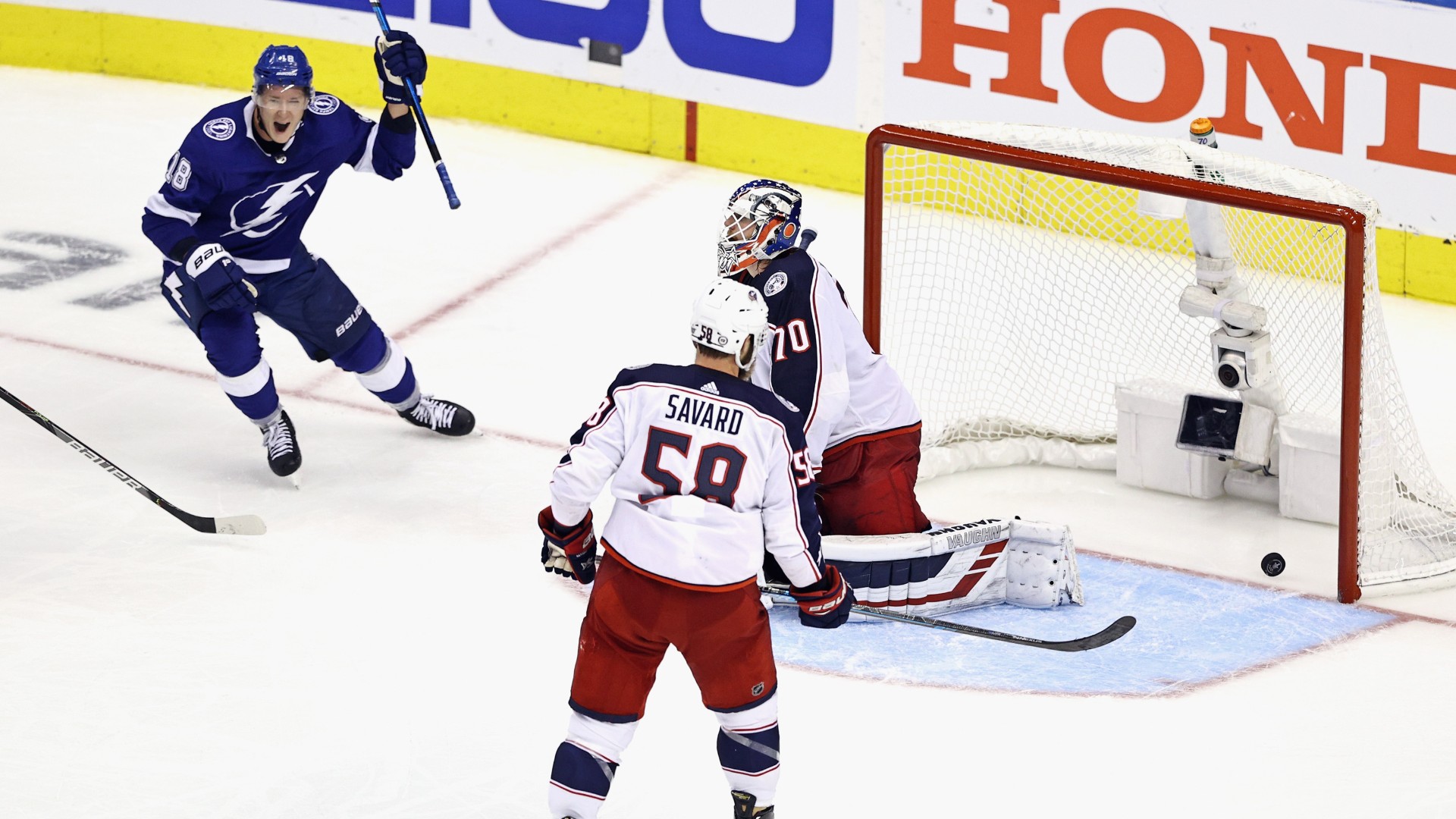 What a start to the Stanley Cup playoffs!

The first game of the first round was quite a whirlwind. Time ticked away as afternoon turned into night with chances on both sides to end the game missed multiple times. It was such a long game that it forced the postponement of the Bruins and Hurricanes Game 1 matchup, which was set to start at 8 p.m. ET., to Wednesday morning.

In the end it was the Lightning’s Brayden Point that ended the fourth-longest overtime game in NHL history as he beat Joonas Korpisalo halfway through the fifth overtime period to give Tampa Bay a 3-2 win.

A lot of records were broken in this one, and some mind-boggling numbers were posted. Here’s a look at those:

This one was sent at 8:21 p.m. ET, about an hour before the game ended. Korpisalo had already set a single-game record.

While he was on the losing end, Korpisalo was brillant, stopping 85 of 88 shots.

Before the NHL’s restart, Seth Jones last played an NHL game on Feb. 8. He went on to miss the team’s last 14 games of what was a truncated 2019-20 regular season with a fractured foot.

Yes, Jones was able to skate during the pause at the Columbus facility because he was recovering from an injury. But that’s not game-action. Well, don’t tell the 25-year-old defenseman that it takes some time to get back into game-ready shape.

Jones, by the way, wasn’t the only guy to hit the 60-minute mark. Teammate Zach Werenski skated 61:14. Tampa defenseman Victor Hedman, who was questionable to even play Tuesday after getting hurt in the team’s final round-robin game, led his squad with 57:38 TOI.

It’s been almost two decades since a Lightning netminder made 60-plus saves in overtime. Back in 2003 agains the Washington Capitals, Nikolai Khabibulin stopped 60 of 61 in the Bolts three-overtime win to advance to the conference semifinals.

Between the teams, 35 players registered a shot on net in this game; there’s 18 skaters on each team. The only player who didn’t? Cam Atkinson.

Atkinson had a chance in the fifth overtime — not too long before Point won it — but was taken off the puck by Hedman as he broke in.

If it wasn’t for Korpisalo in net, this game would have been over hours ago. The Lightning registered 21 High-Danger Chances For including five in the third overtime session (per Natural Stat Trick).

And just because this is probably the only time you’ll see this, here’s the heat map during all situations in Tuesday night’s game:

Diet plays a key role in how much bad cholesterol there is in your body. Could eating certain types of meats increase this health...
Read more