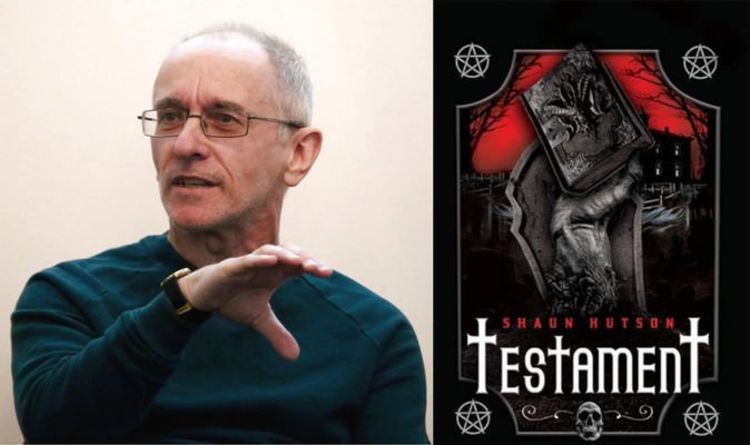 THE EXORCIST by William Peter Blatty

Brilliantly written and utterly terrifying. More of a detective story than the film that was based upon it.

This story of a twelve-year-old girl possessed by a demon and the priest, who is losing his faith but has to exorcise her, is based on a true story.

It was a huge influence on my own style of writing.

This timeless story of the vampire count still holds up and is wonderfully evocative, particularly the opening sequences.

Justifiably one of the most filmed books ever.

A welcome reminder of what vampires should be, as opposed to the bland non-entities they became in “Twilight” and its ilk.

THE KEEP by F. Paul Wilson

One of the first books I ever bought solely for the cover artwork and blurb.

How can you resist a book that has a shout line that reads: “Request immediate relocation, something is murdering my men”?

BEYOND BELIEF by Emlyn Williams

A non-fiction account of the horrific crimes of Moors Murderers Ian Brady and Myra Hindley.

It gets inside their heads more effectively than any book about killers I’ve ever read and it is far better for that than most fictional thrillers.

It tells the story of a French aristocrat forced to join Napoleon’s army.

It’s the sixth in Howard’s series so far and the research is seamlessly freighted into the gripping stories.

The descriptions of battle are stunning, culminating in a jaw-dropping account of the battle of Eylau which the central characters are heavily involved in.

THE SIEGE OF TRENCHER’S FARM by Gordon M. Williams

I was lucky enough to work with the guy who edited this (he edited my novel Renegades and several others).

It was filmed as Straw Dogs.

Claustrophobic and terrifying and an unsettling vision of just how far a man will go if he’s pushed hard enough.