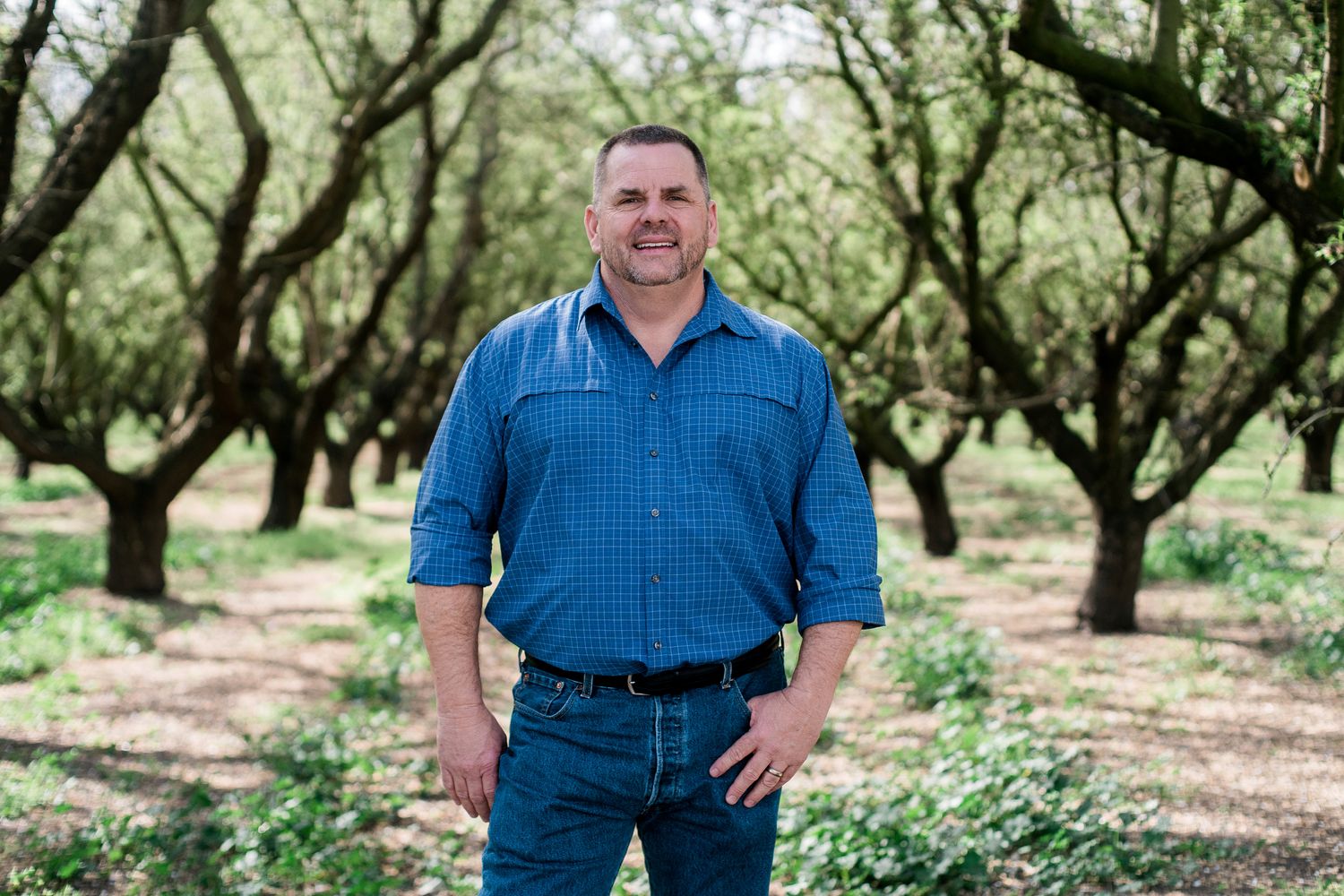 One post described the Islamic prophet Muhammad as a rapist and a pedophile. Another mocked a survivor of the Parkland high school shooting. A third accused Rep. Maxine Waters (D-Calif.) of “hitting the crack pipe too hard.”

The commentary was among now-deleted social media posts and retweets from the accounts of Ted Howze, a Republican challenging Democratic Rep. Josh Harder in a battleground district in California. Others described Islam as “a death cult” and suggested Hillary Clinton and her 2016 campaign chairman, John Podesta, were responsible for the murder of Seth Rich, a former Democratic National Committee staffer.

In a statement provided by his campaign, Howze did not dispute that the posts were published on his Facebook and Twitter accounts. But he asserted he didn’t write them and said they contained what he considers "negative and ugly ideas."

"Like many folks in my middle-age group, I learned the very hard lesson to never allow anyone access to social media accounts or passwords," Howze said in a statement. "I made the mistake of allowing others access to these accounts unknowingly — and I am angered, horrified and extremely offended that these ugly ideas were shared or posted by those individuals several years ago."

The Howze campaign declined to respond to requests for additional information on who had access to the accounts or wrote the posts, which appeared consistently over the course of several months; when Howze discovered the posts; and why they remained on his public accounts until the day he launched his first congressional campaign in 2018.

The posts obtained by POLITICO range from January 2017 to March 2018, when Howze challenged then-GOP Rep. Jeff Denham in an all-party primary. They were uncovered by Ryan Williams, a Democratic operative who last cycle managed Uniting California, a joint initiative by the California Labor Federation and Tom Steyer’s NextGen America aimed at flipping Republican-held House seats.

Williams, who is currently unaffiliated with any political organization, said he took screenshots of the Facebook and Twitter posts on the day Howze launched a run in March 2018, shortly before California’s filing deadline. Howze’s new campaign Twitter account had just a few followers, Williams said. One of them appeared to be Howze’s personal account, @Dr_Ted_DVM, from which Williams saved tweets.

Howze is the GOP’s standardbearer in a race that was expected to be key to the party’s dimming hopes of winning back the House majority. Howze has been endorsed by House Minority Leader Kevin McCarthy and is in the second-tier of the National Republican Congressional Committee’s "Young Guns" program, which identifies promising House campaigns. And Harder is one of 42 Democrats identified as "Frontline" members, a designation for the party’s most vulnerable incumbents.

A detailed review of Howze’s Facebook account over the period indicates he himself was a frequent user. He posted pictures of his sons and his wife and details about their vacations to Mexico and Australia. Dispersed throughout these mundane updates were posts in which he shared his views on Islam, the Democratic Party and immigration.

In May 2017, Howze posted a Facebook a photo of an advertisement offering a $ 130,000 reward for an answer to the question, “Do you know who murdered Seth Rich?” The caption written by Howze: “Hillary Clinton & John Podesta! Where can I collect the reward?”

In a Facebook post from April 2017, Howze wrote: “European leaders are willfully ceding their continent to religious extremists following the teachings of their Pedophile Prophet Mohamed.” In an earlier post, he appeared to make another vulgar reference to Muhammad, questioning how “media liberals” were not outraged by “the actions of members of the religion founded by a Rapist & Pedophile?”

On Twitter, he retweeted a post attacking Linda Sarsour, a Palestinian American organizer. If Sarsour is an average Muslim woman, the post read, “I finally understand why so many Muslim men would rather copulate with a goat!”

He also retweeted an attack against David Hogg, the Parkland shooting survivor-turned-activist who has used his platform to advocate for stricter gun laws. “If you’ve been in a squirt gun fight, you’ve seen more ‘gun violence’ than David Hogg," the tweet read.

Running to the right of Denham in 2018, particularly on immigration, Howze finished third in the all-party primary, coming within 3,100 votes of boxing Harder out of the general election. Denham, who was first elected in 2012, supported the extension of the Deferred Action for Childhood Arrivals program.

Howze has posted several now-deleted tweets criticizing the DACA program, a potential liability in a district that is heavily Latino.

In one tweet, he said parents of children in the Deferred Action for Childhood Arrivals program were criminals. In another, he retweeted and added commentary to a tweet from Sen. Kamala Harris (D-Calif.) who was bemoaning that Dreamers “continue to live in fear of being taken away from their families and homes.”

“We dream of returning them to Mexico where their actual families & homes are!” Howze wrote, with the hashtag #DeportThemAll.

In another tweet, Howze retweeted a tweet from Waters, the prominent Los Angeles representative, with the commentary: “How do we impeach say a Southern California Congresswoman who’s been hitting the crack pipe too hard?”

In a statement to POLITICO, Howze called these posts "disgusting," "negative" and "ugly."

"These do not represent me, who I am, now or ever," he said. "My record, my service to the community and my values clearly show that these are views I do not hold and do not tolerate, which is why access was removed and my social media security tightened which I recommend for everyone getting used to these technologies."

Howze’s campaign declined to elaborate or make Howze available for an interview. But hours before a Wednesday afternoon deadline to respond to additional questions from POLITICO, a post on a sporadically updated local blog said that it had "heard" that POLITICO was inquiring about the social media postings.

The blog post included a statement similar to the one Howze provided to POLITICO. It also quoted three individuals in the community who supported Howze. The names and quotations included in the blog post matched those provided by the Howze campaign to POLITICO in an email Tuesday night, including from two individuals described by the campaign as a "Sikh community advocate" and a "Latino community advocate."

The seat is not in the top tier of the House GOP’s targets this cycle, particularly because Harder, a former venture capitalist, has banked nearly $ 3.6 million by the end of March. Howze had just over $ 100,000. Harder won the district by 5 points in 2018, while Hillary Clinton carried it by 3 points in 2016.

But national Republicans believe the race has the potential to become competitive if Howze chooses to self-fund in the general election. A large-animal veterinarian, Howze has contributed six-figures to his bid so far. Republican candidates out-polled Democrats by 560 votes in the March 3 primary, with Harder (44 percent) and Howze (34 percent) finishing in first and second place, respectively.

House Republicans have faced a myriad of recruiting flops as they attempted to assemble a class that could put the majority in play. In a few key districts, the candidates preferred by party recruiters failed to secure the nominations.

And there’s some evidence to suggest that the NRCC recruited other candidates to take on Harder. When San Joaquin County Supervisor Bob Elliott abandoned his state Senate campaign to join the race in May 2019, he told the Stockton Record he did so at the behest of the NRCC.

Elliott finished more than 20 percentage points behind Howze for second place in the primary.