Should Fortnite add an item that speeds up material farming? 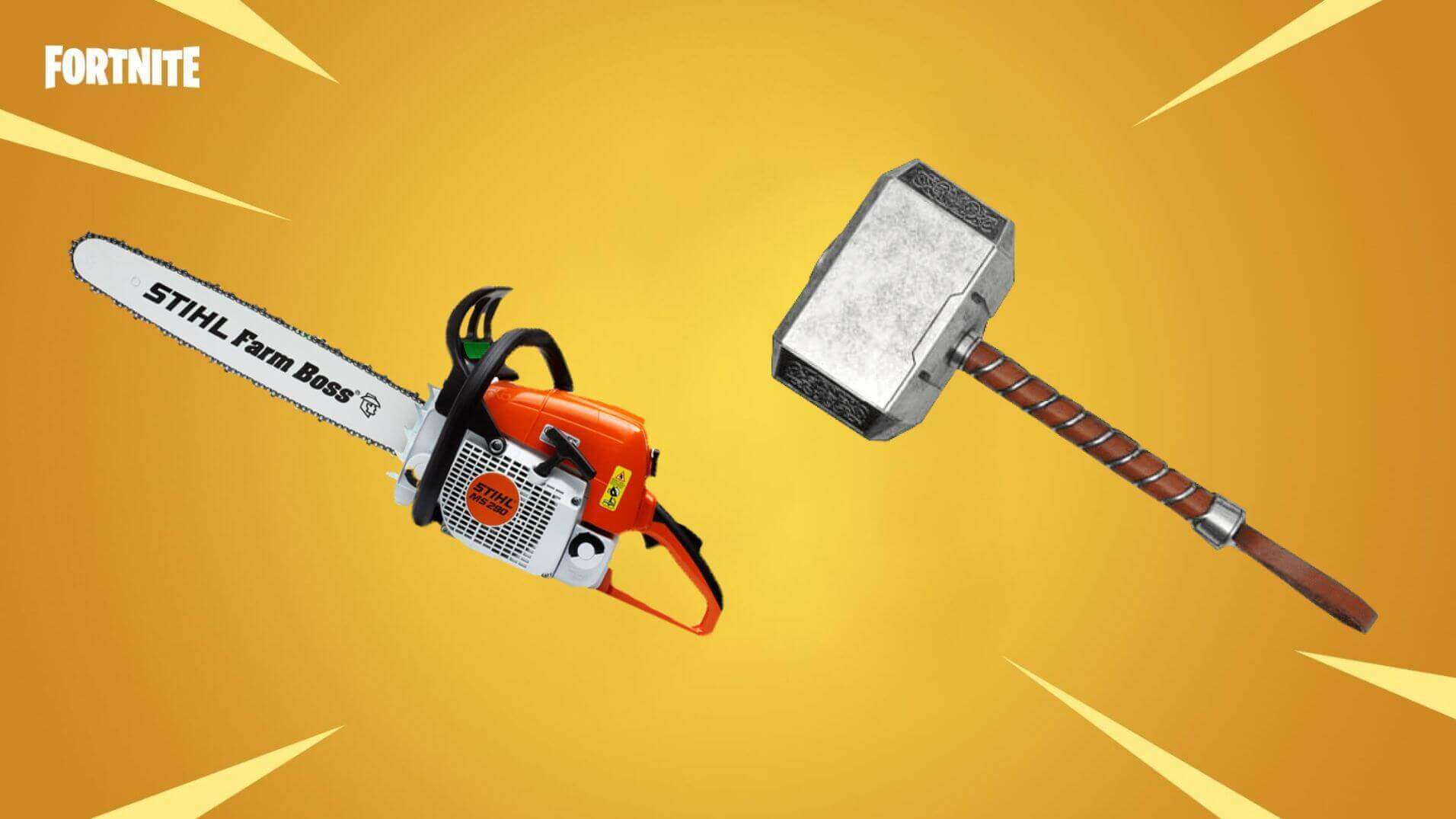 For many Fortnite players, farming materials feels like a chore. It’s slow and boring but with building being so important, also an absolute necessity. But what if there was an item that made it a bit easier?

Harvesting wood, brick and metal in Fortnite has remained a crucial element of the game since the first couple of seasons. For the most part, the mechanic hasn’t changed, other than some small adjustments to the rate at which you gather materials.

In Arena and tournament modes, the farming rate is increased, meaning that players can cap out their materials a bit quicker. Also, the vaulted Infinity Blade sword and B.R.U.T.E vehicle allowed users to simply destroy any harvestable structures and collect the resulting resources.

A recent post on the r/FortNiteBR subreddit by user u/williambash discussed the idea of a new Chainsaw item that would help to make farming a lot easier. I certainly like the concept of adding something like this, but I do think it may need a few changes.

Here’s an idea for a tool to make resource harvesting a lot easier! from r/FortNiteBR

Personally, rather than a chainsaw I would suggest an axe or hammer style design. It is unnecessary for the tool to make so much noise. People are going to farm mats anyway, so it’s not like this is incredibly overpowered, and the fact that it takes up an inventory slot is enough to balance things out.

Secondly, the tool shouldn’t deal any more damage than a regular pickaxe. This is unnecessary and it would be best suited as a handy utility item. However, I don’t think that Epic Games would want to add something that players only use at the start of matches and then drop as soon as they have materials. Therefore, slightly boosting the damage dealt to enemy structures may be an interesting way of making it more viable to hold.

If designed well, this sort of item would definitely fit in Fortnite. It’s an avenue that they haven’t previously explored so it may be a more exciting addition than another rework of the same guns. Similarly to the Harpoon Gun, it would be a useful piece of kit, without being too controversial.