‘Should have happened yesterday’: Republicans press Trump to restart economy 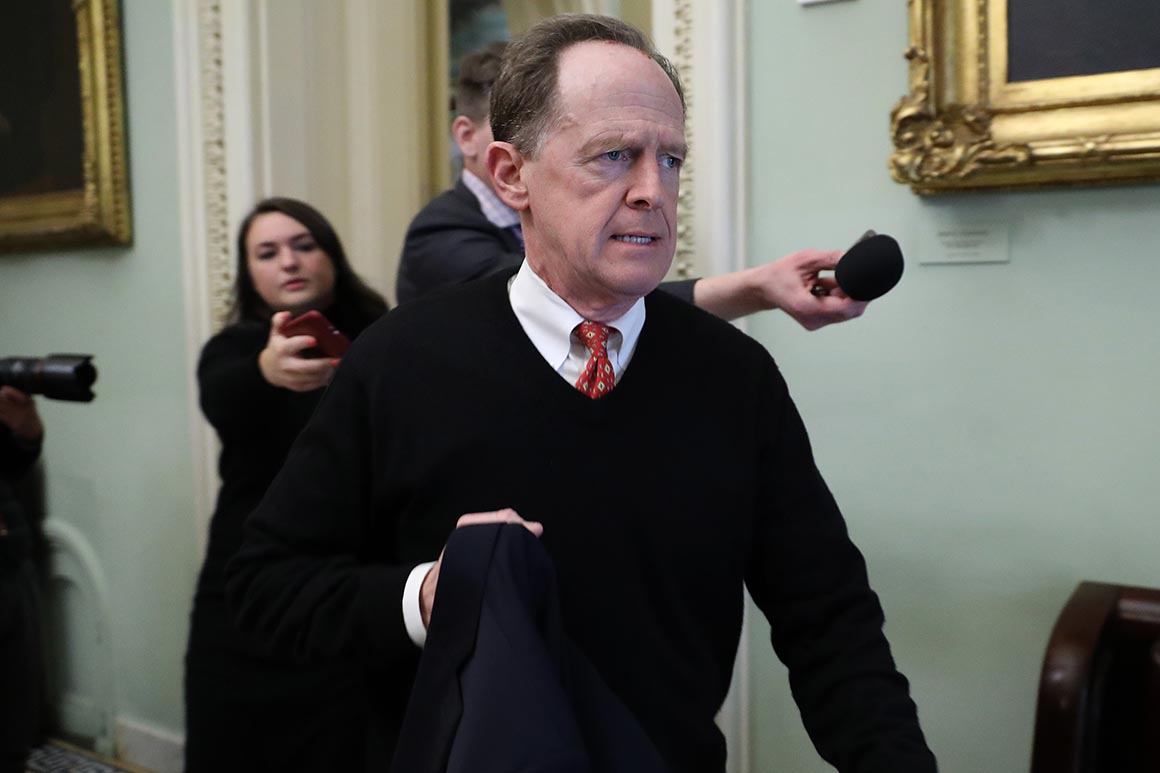 President Donald Trump is itching to reopen the economy amid the coronavirus pandemic. And congressional Republicans are mostly giving him the green light — and in some cases, leaning on him to speed up.

As Trump alternately agonizes over when to push states to reopen and browbeats governors with questionable claims of his superior authority, GOP lawmakers are urging federal guidance that quickly restarts some industries and begins to roll back unprecedented closures of vast swaths of the United States.

While most Republicans say the country should go slow and take a regional approach, there’s an unmistakable demand building in the party for the president to move forward, according to interviews with more than a dozen GOP members of Congress. It’s a message they’re delivering privately in calls with Trump and his senior advisers, as well as in public op-eds and letters to the administration.

“The president was very unfairly criticized for just [saying] what is indisputably true: ‘We need to make sure the cure isn’t worse than the disease.’ And I am concerned that the cure is worse than the disease,” said Sen. Ron Johnson (R-Wis.). “If you’re a carpenter, every nail you see, the solution’s a hammer. The same may be true for epidemiologists.”

It’s a message at odds with the public health professionals advising Trump, who have warned against the country dropping its guard. But 16 million people are unemployed, Congress is struggling to respond, and Republicans seem to think the worst is close to over. Reviving the economy is also likely to be critical to GOP fortunes in November.

House Republicans have held weekly conference calls where they’ve eagerly discussed how and when to restart the economy, according to lawmakers and aides.

Rep. Andy Biggs (R-Ariz.), chairman of the hard-line House Freedom Caucus, is one of the most vocal GOP lawmakers calling for an aggressive exit strategy. He has expressed those views publicly as well as in numerous texts and phone calls to the White House and GOP leadership.

“It should have happened yesterday,” Biggs said of lifting the lockdowns. “I’m trying to use every bully pulpit I can to make my case.”

Senate Republicans are expected to speak about the economy on Wednesday to top Trump economic adviser Larry Kudlow and Labor Secretary Eugene Scalia, according to two people familiar with the call. While there are differing opinions about how — and when — it should be done, most Republicans agree it’s imperative to start thinking about ways to reopen the country, warning there will be dire economic and even mental health consequences if they don’t.

“We’re extremely unlikely to overwhelm our hospital capacities. In fact, in a matter of days and in some cases the moment may even have passed, that we’ve reached the peak of the rate of infections,” said Sen. Pat Toomey (R-Pa.). “This is a completely unsustainable place we’re in.”

Democrats are perplexed by this line of thinking and seem ready to fight Trump on the basic question of when things should go back to some degree of normal.

Senate Minority Leader Chuck Schumer (D-N.Y.) pressed Dr. Anthony Fauci, the country’s top infectious disease expert, on a caucus call last week to describe his vision to the Democrats, according to a source familiar with the interaction. Fauci was noncommittal.

Trump has repeatedly mused about quickly opening things up, even declaring on March 24 that Easter could be a target date before retreating. On Tuesday, he said plans to reopen the country are "close to being finalized, and we will soon be sharing details and new guidelines with everybody."

"The virus’ time is the virus’ time not a politician’s time," countered Sen. Tim Kaine (D-Va.). "It would be devastating to reopen and go back out against public health officials’ advice and then run right back into another situation where the spread starts again and we have to shut things down."

But the president faces little pushback from a wide range of Republican elected officials. They want the president to be cautious, but also want him to keep economists on equal footing with scientists like Fauci and Dr. Deborah Birx, the White House coronavirus coordinator.

“I’m a big fan of Dr. Fauci and Dr. Birx. I think they’ve done a great job. But their job is public health,” said Sen. John Cornyn (R-Texas). “We also need to realize that we can’t continue like this for a long time without there being enormous personal and economic consequences.”

Not all Republicans want the economy to be weighed equally against combating the disease’s spread. Sen. Susan Collins (R-Maine) said public health and testing should essentially be the only parameters up for debate.

“We do need to have to see a sustained decline in the number of cases over a 14-day period,” she said. “We really need to ramp up testing. And only then will people have the confidence to go out.”

Both Toomey and Johnson have spoken to Trump about how to get the economy moving again. Toomey wants to quickly but cautiously ramp up idled businesses where social distancing is possible. Johnson worries that lockdowns of factories and food producers could leave stores with bare shelves.

Some House Freedom Caucus members wrote a letter to Trump over the Easter weekend voicing concern that virus-related restrictions on public gatherings infringe on Americans’ religious freedoms. The conservative group has another letter in the works about restarting the economy. Rep. Denver Riggleman (R-Va.) is crafting his own plan, which he intends to send to the president, and has said a decision must be made this month about reopening.

“We can’t do it overnight. There’s no magic answer,” said Rep. Peter King (R-N.Y.), whose Long Island-area district has been hit hard by the deadly virus. “But we have to be focused on that. Just like we need to be focused on finding a vaccine.”

Others have been more aggressive. Rep. Trey Hollingsworth (R-Ind.) told a local radio station that policymakers need to put on their “big boy and big girl pants and say it is the lesser of these two evils." Biggs and Rep. Ken Buck (R-Colo.) penned an op-ed in the Washington Examiner on Saturday titled: "Is Anthony Fauci helping or hurting?"

“You’re dealing with a lot of hype about fatalities,” Buck said in an interview. “I don’t know anybody that wants to be the person who says, ‘33,000 deaths is okay, but 100,000 is not acceptable.’ But that’s what officials are elected to do.”

Looming over it all is November. Despite Trump’s middling approval ratings, the relatively hot economy buoyed GOP hopes of keeping the Senate and the White House. The coronavirus has laid that to waste, but Republicans believe their chances could improve if the economy can make a quick turnaround.

The decision on reopening “could well decide the November election for president,” Cornyn said.

There is also a new constitutional concern at play. The president claimed his “authority is total” despite the fact that individual states are constitutionally empowered to make their own decisions. On Tuesday he said he would authorize individuals governors to reopen.

The comments have so far drawn only mild pushback from a handful of congressional Republicans. Rep. Liz Cheney (R-Wyo.) tweeted that the “federal government does not have absolute power” while Sen. Marco Rubio (R-Fla.) argued “the Constitution & common sense dictates these decisions be made at the state level.”

“Legally, I don’t know exactly where his authority ends and governors’ begins, but I do know practically that it has to be a team effort. I just think the practical nature of what we’re talking about is going to make it a team effort,” said Sen. Lindsey Graham (R-S.C.).

Yet according to GOP officials, Trump’s guidance will provide important directives to states. National social distancing guidelines will expire on April 24, and few Republicans are clamoring for them to be extended again.

Being more cautious in general will become part of everyday life, Republicans hope, as the country begins to open up.

"I agree with the president,” said Sen. John Barrasso (R-Wyo.). “I would love to see things starting to reopen by the end of this month, beginning of May. Gradually.”