Should you use the new “Charge Shotgun”?

The newest lineup of shotguns are here in replacement of the Pump Shotgun. While the initial reviews are mixed, we’re going to find out whether you should use the new Charge Shotgun

If you’re living under a rock, let me catch you up to speed on what’s been unfolding here in the Fortnite scene. Season 3, yeah that just dropped. What else dropped? Pump shotguns, straight to the vault

Some weapons vaulted, some unvaulted. Here’s a list of all the new weapons added with the v13.00 update: 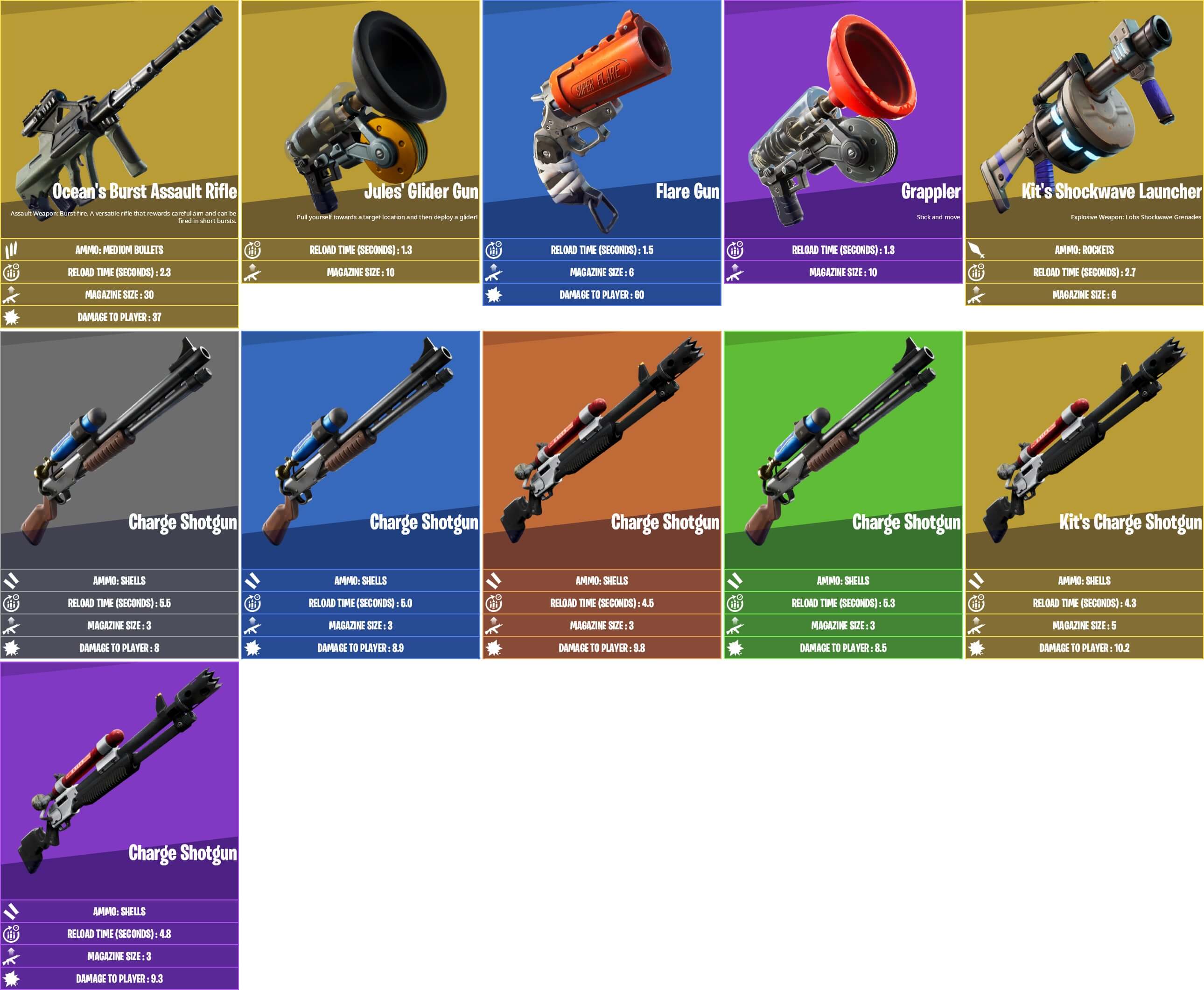 Right now, however, we’re more worried about the 5 Charge Shotguns from Common to Legendary. We’ll gloss over Kit’s Mythic weapon since there’s only one in every map

As the name suggests, you’re going to have to charge up the shotgun to increase the multiplier. 3 seconds will get you to the maximum damage multiplier

Some comp players are already jumping the gun, proclaiming that this new shotgun has some real potential. Take Counter Logic Gaming’s newest recruit, Jay, for example:

The problem with this opinion is that quite literally any shotgun introduced to Fortnite, including the current rival Tactical Shotgun, can deal a devastating blow point blank to the head. “If you wait three seconds, get one foot away from your opponent, kiss him on the cheek, then sing him a lullaby to sleep, you’ll 1 pump him.” See what I mean?

With how fast building and editing evolved over the past year, I seriously doubt any high level player will be able to consistently charge up their shotgun for three whole seconds

Maybe, just maybe if we were playing trios, you could have one member on your team charge up the shotgun while the others protect.. But this season revolves around Solo FNCS

With that said, I personally see no way the Charge Shotgun will be utilized. Maybe in Season 4 (if it’s still around), but not today

Save your time, pick up the trusted Tac. And follow us on Twitter while you’re at it!