Simon Gregson health: Soap star on his ‘real and awful’... 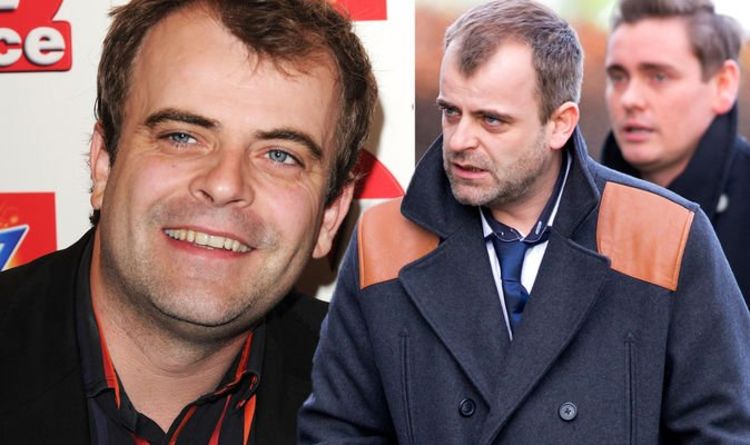 Simon Gregson’s character Steve McDonald has been through the thick of it on Coronation Street, with viewers watching him get into scraps in his childhood, his fraught relationship with his father and a number of failed relationships. The actor has also faced his own struggles over the years – a battle with anxiety.

The star’s condition came to light after watching BBC documentary Nadiya: Anxiety and Me, which starred The Great British Bake Off winner Nadia Hussain.

Taking to Twitter at the time, Simon said: “This is real and awful to live with.

“Please watch and understand it’s a hidden, awful emotion that affects far more than you’d think. But treatable and manageable with the right help.”

As the NHS explains, anxiety is a feeling of unease, such as worry or fear, that can be mild or severe.

“Everyone has feelings of anxiety at some point in their life. For example, you may feel worried and anxious about sitting an exam, or having a medical test or job interview,” explained the health body.

In response to specific circumstances, bouts of anxiety can be perfectly normal, however some people find it hard to control their worries, notes the health site.

“Their feelings of anxiety are more constant and can often affect their daily lives,” it added.

As the NHS explains, anxiety can cause a change in your behaviour and the way you think and feel about things, resulting in symptoms such as:

The symptoms can also manifest themselves physically, causing:

Your symptoms may cause you to withdraw from social contact (seeing your family and friends) to avoid feelings of worry and dread, notes the health site.

This is not the first time Simon has spoken about his mental health issues, revealing an episode of depression led to him signing off work for a period of time in 2015.

Two years ago, however, the soap star revealed he was the happiest he’s ever been and that his wife and kids are a reminder of what is important.

How to treat anxiety

Simon has found that the combination of therapy and medication to be an effective way to alleviate his symptoms.

According to the NHS, if you have been diagnosed with anxiety, you’ll usually be advised to try psychological treatment before you’re prescribed medication.

As the NHS explained: “CBT is based on the concept that your thoughts, feelings, physical sensations and actions are interconnected, and that negative thoughts and feelings can trap you in a vicious cycle.”

CBT aims to help you deal with overwhelming problems in a more positive way by breaking them down into smaller parts, notes the health site.