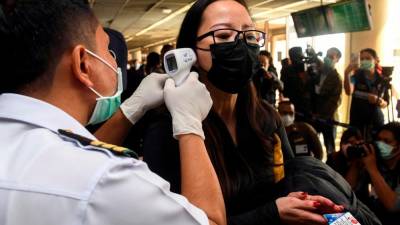 SINGAPORE: Singapore’s health ministry on Sunday urged its citizens to defer all non-essential travel abroad in an unprecedented move for the Asian transport hub, as part of new measures to control the coronavirus that is fast spreading around the world.

Singapore will also tell all entering the country with recent travel history to the Asean group of nations, Japan, Switzerland or the United Kingdom to quarantine themselves at their place of residence for 14 days, the ministry added.

Countries, such as the UK and Switzerland have “abandoned” any attempt at containing the spread of the infection, said Lawrence Wong, a minister who co-heads Singapore’s virus fighting taskforce.

“That’s why we are more concerned that Singapore may well be exposed to a new wave of infections, which is potentially larger than what we have seen previously.”

The majority of new infections being reported in Singapore, an island nation with a population of 5.7 million, over the past few days have been people returning from overseas rather than local transmissions.

At least five cases of Singaporeans have been linked to a large religious gathering in Malaysia that was attended by more than 10,000 people from several countries.

Short-term visitors who are nationals of its Southeast Asian neighbours will also have to seek prior approval from the health ministry before their journey to prevent hospitals from being overwhelmed.

The restriction comes after a number of cases that entered Singapore with the specific purpose of seeking healthcare, the health ministry said. There have been two cases of Indonesians who had coronavirus symptoms at home before arriving in Singapore, known for its superior healthcare facilities.

The measures will be reviewed after a month. They will not apply to sea and land crossings with Malaysia, which will have separate precautions. Wong said 300,000 people a day move across the land checkpoints with Malaysia.

The Asian travel hub has previously announced bans on visitors from several coronavirus-hit countries, including China, Italy and France.

Singapore has won international praise for its painstaking onslaught on the virus since it initially emerged with one of the highest tallies of infections outside China. But other nations have since outpaced it.

Singapore has reported 212 infections, but no fatalities. Globally, more than 150,000 people have been infected while over 5,800 have died, a Reuters tally shows. — Reuters