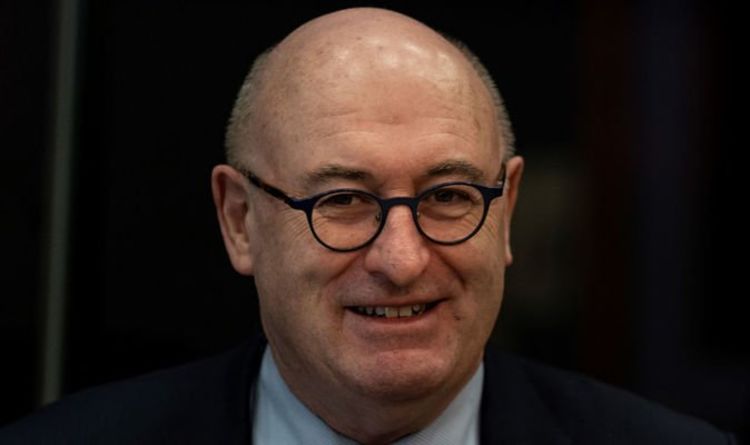 EU trade commissioner Phil Hogan said countries are closely watching the British Government’s progress in the future relationship talks while considering their own options. He claimed the United States and South Korea would not sign a trade deal with the UK before a post-Brexit pact with Brussels is complete. Mr Hogan said: “All of the partners, I think, have indicated – including South Korea – that they will wait to see the outcome of the Brexit negotiations before they come to any conclusion about their bilateral agreement.”

The Brussels bureaucrat suggested Washington would take the same stance after opening negotiations this week with Britain.

He added: “I suspect that to be the same with the United States.

The Government opened trade talks with Washington in the hope of striking a deal that will help both economies “bounce back” from the coronavirus crisis.

Britain and the US have agreed to sign off on an “ambitious” new arrangements during the first round of virtual negotiations.

Boris Johnson believes a free-trade agreement will be a major boost to the UK after the post-Brexit transition period expires later this year.

Ms Truss said: “The US is our largest trading partner and increasing transatlantic trade can help our economies bounce back from the economic challenge posed by coronavirus.

“We want to strike an ambitious deal that opens up new opportunities for our businesses, brings in more investment and creates better jobs for people across the whole of the country.

“As the Prime Minister has said, the UK is a champion of free trade and this deal will make it even easier to do business with our friends across the pond.”

Trade between the two countries is already worth £230billion a year.

The talks will look at ways to boost investment and the flow of goods and services.

US President Donald Trump has said he hopes to strike a quick deal with the UK.

Around 100 official from each side are currently thrashing out terms on the potential agreement over the next fortnight.

Intensive rounds of trade talks are expected to be held every six weeks.

Mr Lighthizer said: “Under the leadership of President Trump, the United States will negotiate an ambitious and high-standard trade agreement with the UK that will strengthen our economies, support good-paying jobs and substantially improve opportunities for trade and investment between our two countries.”

It comes amid struggles between the Government and Brussels to break their own deadlocked talks.

UK officials have vented their frustration over the bloc’s refusal to make compromises.

The bloc wants Britain to sign up to a regulatory level playing field and maintain access to its waters for European fishing vessels as the price for a future trade deal.

Mr Hogan said: “All these issues are on the table at the moment but they need a lot more intensive engagement than we’ve seen in the last few weeks and months.

“If we want to achieve the outcome that is preferred by the UK to have a deal by the end of the year we need to get on with the job.”

But a UK spokesman hit back at the Irishman’s allegations.

They said: “We do not recognise the suggestion that we have not engaged seriously with the EU in any area.”