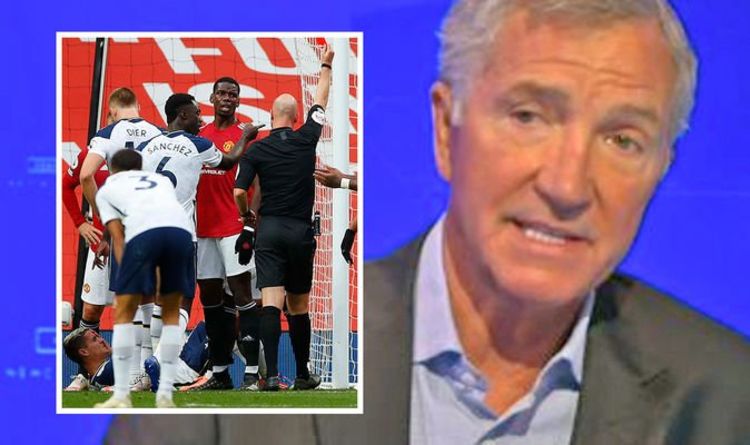 Sky Sports have issued an apology after Graeme Souness hit out at the Latin culture following Erik Lamela’s clash with Anthony Martial.

“Now I have to say before we go, earlier in the show we were critical of Erik Lamela’s part in Anthony Martial’s sending off in the Manchester United Spurs game,” presenter Dave Jones said.

“We’d like to apologise for any offence that was caused and the stereotyping of the Latin culture.”

We’ll be bringing you the very latest updates, pictures and video on this breaking news story.
For the latest news and breaking news visit: express.co.uk/sport/football
Stay up to date with all the big headlines, pictures, analysis, opinion and video on the stories that matter to you.
Follow us on Twitter @DExpress_Sport – the official Daily Express & Express.co.uk Twitter account – providing real news in real time.
We’re also on Facebook @DailyExpressSport – offering your must-see news, features, videos and pictures throughout the day to like, comment and share from the Daily Express, Sunday Express and Express.co.uk.