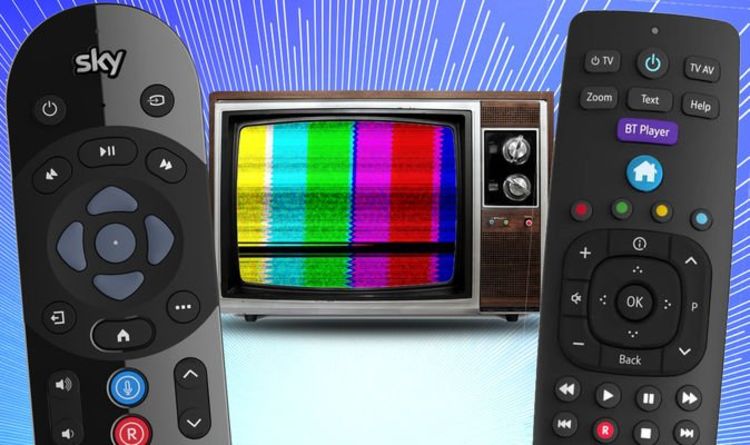 There will be some disappointed families turning on their tellies this morning. That’s because Sky Q and BT TV have lost access to Disney channels and movies as the entire catalogue has now moved away from broadcast channels to the video on-demand platform, Disney+.

So, if you’re hoping to catch-up on episodes or films that have already aired – or want to watch the latest seasons, you’ll need to subscribe to Walt Disney’s Netflix rival, which launched in the UK earlier this year. Fortunately, that subscription won’t cost too much. In fact, some families will definitely be able to save money when moving from the children-focused bundles available from other paid-for telly providers.

That includes hit shows like Bluey, PJ Masks, Hannah Montana, That’s So Raven, The Suite Life of Zack & Cody, and Liv and Maddie, alongside fan favourite Original Movies such as Descendants and Zombies. These Disney Channel classics will be available alongside new exclusives created for Disney+, like High School Musical: The Musical: The Series, which reboots the much-loved noughties favourite for a new generation of viewers.

Disney+ executive Luke Bradley-Jones said: “Disney+ is the new home of all Disney Channel shows and movies in the UK. We’re adding hundreds of episodes from popular, family friendly series, to enjoy on the go. So whether you want to watch back to back episodes of Hannah Montana, or enjoy exclusive Disney+ originals like Secret Society of Second Born Royals, Disney+ is ready for you, free from ads with child-friendly profiles for £5.99 a month.”

MORE LIKE THIS
Sky broadband quietly cuts costs, but you’ll probably miss out

Unlike the broadcast channels, Disney+ lets you binge episode after episode free from adverts on up to four devices simultaneously. And, with unlimited downloads on up to ten devices with no expiry date means you’ll have plenty to stream on any long journeys. Unlike Netflix, Disney doesn’t charge any extra for higher quality streams, so provided your home broadband connection has enough oomph, you’ll be able to watch supported Disney+ shows and movies in Ultra HD quality.

Disney+ will set you back £5.99 a month for unlimited streaming. Disney+ is also available for an annual price of £59.99, that’s the equivalent of £4.99 per month. Of course, it’s not only Disney Channel content, the streaming service also has every entry in the record-breaking Marvel Cinematic Universe, every episode of The Simpsons, as well as classic animated films from Walt Disney and their live-action remakes, like The Lion King. National Geographic shows and movies, like the award-winning Free Solo, are also bundled with the subscription too.

Sky Q customers who are missing the canned channels can add Disney+ to their monthly telly bill. This makes your current account statement a little easier to read, but lets Sky Q’s voice search trawl through the Disney+ catalogue alongside live channels from Sky. So, if you’re searching for a new Pixar movie, Sky Q will show you whether it’s available as part of your subscription to Disney+ as well as a rental from its Sky Store, for example. Netflix viewers who choose to pay their monthly subscription through Sky also enjoy the same perk.

By    DUNCAN, OK, October 21, 2020 /24-7PressRelease/ -- As communities continue to respond to the implications of the COVID-19 pandemic on their local economy, Duncan,...
Read more
Tech

ByParker Hall You’ll want to check whether your amp has a phono preamp. That's what takes the signal from the turntable and makes it line...
Read more