Sky TV update: Every fabulous new feature that could be coming to your home this year 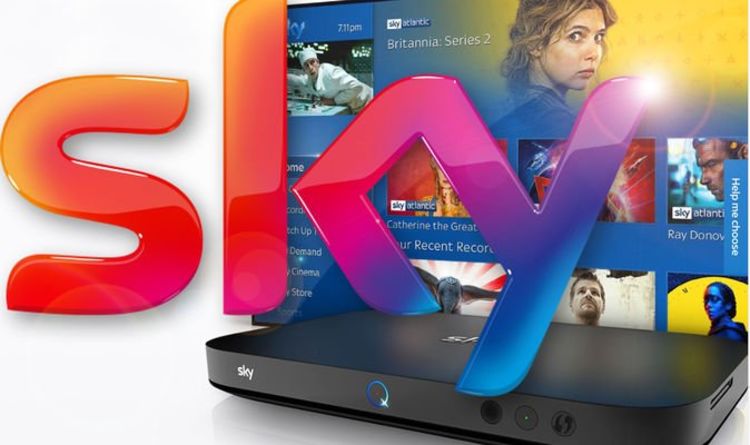 Sky is already leading the way when it comes to watching TV from the comfort of your sofa but things could be about to get even better for those subscribing to its latest Sky Q box. The satellite firm is constantly upgrading this service and 2020 looks set to be another exciting year with numerous changes rumoured to be arriving over the next 12 months including improved quality and the option to ditch the dish.

So, if you have Sky beamed into your living room here’s what could be coming soon.

CUSTOMERS COULD FINALLY GET HDR

Sky has been promising this HDR (High Dynamic Range) makeover for a while but customers are still waiting for this pin-sharp and contrast-packed picture upgrade to arrive on their TVs.

The firm originally spoke about HDR back in 2018 with many expecting a release to happen last year but this never materialised.

Now we look forward to 2020 and rumours suggest this major update could finally arrive over the next 12 months.

There’s no official word from Sky on when it will launch but fingers crossed that anyone who has invested in an HDR-ready telly will finally get to see the full experience when watching Sky soon.

Although an HDR release still remains a mystery there is plenty of extra content being released each month in 4K Ultra HD.

Sky has already increased the amount of content it broadcasts in this stunning format but expect even more in 2020.

In fact, it’s likely that Sky will double the number of shows, movies and sports that are available in 4K.

It’s worth noting that to view content in Ultra HD you don’t need to invest in an expensive 2TB Sky Q box anymore.

WILL THE DISH FINALLY DISAPPEAR?

One problem for many people wanting to subscribe to Sky is the ugly dish that needs to be drilled to your wall.

If you live in flats or have a listed property it’s not always easy to get permission to fix this hardware to the outside of your home.

However, that could be about to change.

Sky first announced the news that will allow its service to be beamed to homes without a dish back in 2017.

At the time, Sky chief executive Jeremy Darroch said it would allow Sky to target up to six million households across Europe and two million in the UK who can’t or don’t want a satellite dish.

Sadly, since that announcement, there’s been no new UK updates although Sky is slowly rolling out some customers in Italy and Austria.

There’s still no official word on when British customers will get this option but speaking to Pocket-lint, a Sky spokesperson said: “There is scope for [Sky without a dish] to be rolled out across all key markets in future, although we don’t have any further information on details or timings at this time.”

If you use Sky’s broadband service you could soon get a speed boost. The firm recently announced the launch of its Ultrafast service which beams the web into homes at speeds of over 140Mbps – that’s 12 times faster than its current Sky Broadband Essential package.

It’s thought that over two million homes can get access to these new speeds but expect this to increase throughout the year.

If you have Sky Q you’ll find it hard not to have noticed the addition of Netflix. The popular streaming service arrived on the platform back in 2018 making it easy to watch more content straight from Sky’s homepage.

Netflix coming to Sky has been a welcomed move but what about Amazon Prime Video?

There’s no word from Sky about this extra content coming to customers but things might be about to change as one of its biggest rivals now offers this service.

This update had been rumoured for a while but customers can now access this video streaming service straight from their Virgin set-top box.

The launch now allows Virgin Media users the ability to seamlessly search for and watch Prime Video content without needing another device.

“Giving our customers the telly they love in one place is at the heart of what we do,” said David Bouchier, Chief Digital Entertainment Officer at Virgin Media.

Sky and Virgin continue to be huge rivals and it’s unlikely the satellite TV firm will want to be left behind for long.

Facebook
Twitter
Pinterest
WhatsApp
Linkedin
ReddIt
Email
Tumblr
VK
Previous articleMeteor showers 2020: All the meteor showers to look out for in 2020
Next articleTravel: Earn up to £1k by jetting off to this holiday destination – but there’s a catch