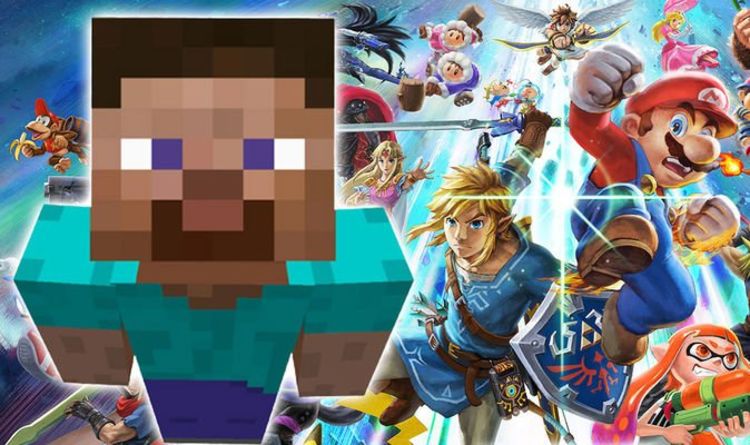 Smash Bros Steve was the big surprise for Nintendo Switch gamers this week, with the iconic Minecraft builder heading to SSBU later this month. Steve is the seventh DLC character for Super Smash Bros Ultimate – and the second one to feature in Fighters Pass 2. Steve follows in the footsteps of Arms’s Min Min who launched FP2 back in June, and has a release date of October 14 for UK and European Switch gamers.

And the confirmation that Steve is coming to Smash Bros Ultimate could hint at the other characters heading to SSBU in Fighters Pass 2.

Cast your mind back to the far away land of 2019, when a surprise leak emerged at the start of the year.

Back then an alleged leak emerged that claimed to reveal incoming DLC characters for Super Smash Bros Ultimate.

At the time there were some people who eyebrows raised about the characters mentioned in the leak.

Since then, however, a number of characters mentioned in that leak have turned out to be accurate.

Since the leak got two out of two right, it wouldn’t be a surprise for the other characters that were mentioned to feature in Smash Bros. Which would mean Ryu Hayabusa and Doomguy could be making their way to Super Smash Bros Ultimate.

If that’s the case, then that would leave two more available slots in Fighters Pass 2 with four more characters in total set to be released after Steve. Fighters Pass 2 is the final DLC season for Super Smash Bros Ultimate and all of the content will be released by the end of 2021.

So who could be the other characters that end up featuring in SSBU FP2? For a long time rumours have swirled around characters such as Crash Bandicoot, Sora from Kingdom Hearts and Dante from Devil May Cry.

And of these characters would be hugely welcomed additions to Super Smash Bros Ultimate. While it wouldn’t be a surprise to see Waluigi or Geno (or maybe both!) at long last get added to Smash Bros.

Given how long fans have been demanding that DLC for, maybe those characters will appear as the final Super Smash Bros Ultimate DLC. It would definitely end Fighters Pass 2 with a bang.

Elsewhere, it has emerged that discussions surrounding Steve’s inclusion in Super Smash Bros Ultimate have been going on for at least five years.

ByUPDATE: Black Friday 2020 continues with an excellent deal on the Nintendo Switch. Available at 10am from eBay, customers can grab a Switch console for...
Read more
Gaming

ByUPDATE 2: After selling out in next to no time, eBay has announced plans to re-stock the Nintendo Switch at 10am GMT UK time. That's according...
Read more
Gaming

ByAs some games are found to run better on PS5.Microsoft has acknowledged performance issues with some Xbox Series X and S games that were found...
Read more