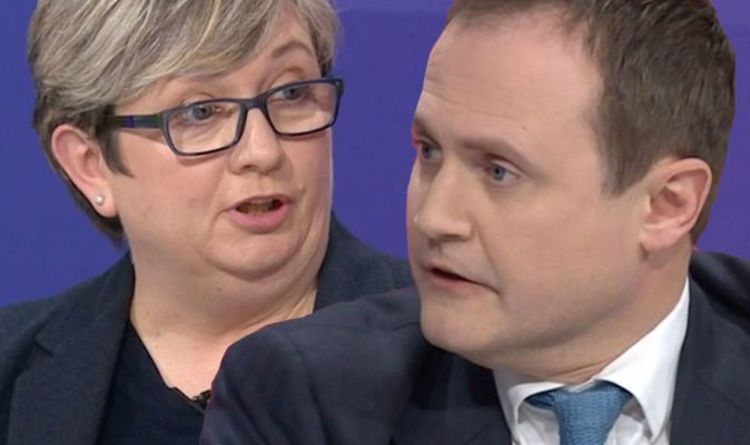 “ It’s my dearest wish to see England come back into the European Union, sit at the top table alongside an independent Scotland” added Ms Cherry

“We don’t want to separate from the rest of the UK.”

The audience is seen to visibly laugh at the contradictory statement from the SNP leader.

Ms Cherry then claimed that the UK was only formed of two countries, which baffled the panel and audience.

“We’re not leaving something, the United Kingdom is a union of two nations, Scotland and England.

Mr Tugendhat scoffed at Joanna’s wild proclamation: “The Welsh and the Irish might not see it like that.”

However, Ms Cherry was, in fact, referring to the Treaty of Union, which was originally signed by just England and Scotland.

Crime writer Val McDermid sided with Ms Cherry: “It’s not a binary, it’s not either be part of the UK or the European Union. First of all, we have to decide if we want to be an independent nation. At that point, we decide whether being in the European Union is in our best interests.

“I’m a passionate Europhile, right now I would love us to go back in the European Union, but by the time we get independence, it might not be the best option for us.

“Its the decisions Scotland make for itself as an independent nation that matters.

Labour MP Ian Murray fired back: “Let me answer the question directly, a mandate doesn’t look like 45 percent that we had on the 12 of December, so John Curtis, the UK’s most eminent pollster said that you couldn’t extrapolate a mandate from December 12.

“A mandate according to Nicola Sturgeon 18 months ago, was a consistent 60 percent in the polls.