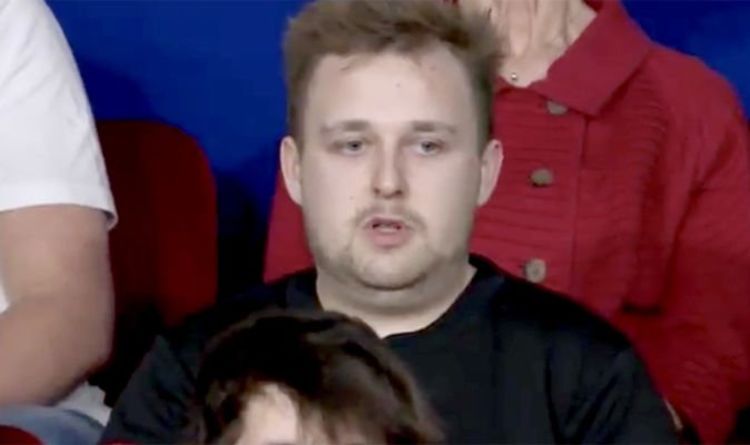 In light of the UK’s departure from the EU, the argument for a second Scottish independence referendum has resurfaced. It comes as many argue Scots have a right to determine whether they remain a part of the EU, as the country voted overwhelmingly to remain a part of the bloc in 2016.

One audience member during last night’s BBC Question Time, however, made the point against a second referendum, arguing that more thought must be put into nation’s domestic issues such as drug deaths.

He said: “I think we’ve learnt from the Brexit process is that division doesn’t drive progress in this country.

“We’ve been told no to independence.

“We need to discuss it instead of independence.”

According to the National Records of Scotland, Scotland has the highest death rate in the EU, with deaths soaring to the highest levels in 2019 since records began in 1996.

The country’s drug death rate is also nearly three times higher than that of the UK of a whole.

The 2019 figures also means Scotland has a higher drug death are than the one reported for the US, which was previously thought to be the highest rate in the world.

Nicola Sturgeon, Scotland’s First Minister, is thought to be pushing for a second independence vote for the latter half of 2020.

Boris Johnson, the Prime Minister, has, however, consistently refused the idea of another vote.

Many against it have cited the fact that Alex Salmond, Scotland’s First Minster at the time of the 2014 referendum, said it was a once in a “generation” vote.

Tom Tugendhat, a Tory MP on the panel of Question Time, expressed his exasperation of another vote in light of what he said is “distracting politicians from serving the people”.

Of the referendum, he said: “I find it very sad because this isn’t an economic argument for me, this isn’t an argument over whether Scotland is big enough or too small, or whether England would be better or worse without Scotland.

“For me, this is a fundamental argument about who we are as a people, and when I look around these islands, I’m not a foreigner in Dundee.

“I find it incredibly sad when people talk in a way that splits us, divides us.

“And I know politicians of all sides do it, so I’m not making a partisan point, but I do find it deeply sad, when these islands have done amazing things over the last 300 years.

“We have brought a lot to the world and a force for good over many years and i think it is a real sadness to perhaps see that being thrown away.”