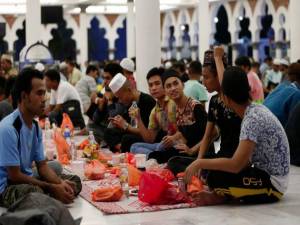 SoftBank’s robotics arm said on Sept 28 it will bring a food service robot developed by California-based Bear Robotics to Japan as restaurants grapple with labour shortages and seek to ensure social distancing during the COVID-19 pandemic.

The robot named Servi, which has layers of trays and is equipped with 3D cameras and Lidar sensors for navigation, will launch in January, SoftBank Group Corp said.

The launch leverages SoftBank’s long experience in bringing overseas technology to Japan but reflects the shift away from CEO Masayoshi Son’s earlier focus on humanoid robots.

Servi has been tested by Japanese restaurant operators, including Seven & i Holdings at its Denny’s chain, as the sector grapples with an aging workforce and deepening labour shortages.

SoftBank’s humanoid Pepper robot became the face of the company following its 2014 unveiling but failed to find a global customer base.

The firm in 2018 announced cleaning robot Whiz, which employs technology from group portfolio company Brain Corp and has sold more than 10,000 units worldwide.

SoftBank is touting the use of Whiz as a coronavirus countermeasure, and said on Monday that Pepper can be used in conjunction with thermal sensors to monitor customers.

The move comes as Son has shifted from operating businesses to making investments in recent years. Earlier this month SoftBank announced the sale of cellphone distributor Brightstar as it cuts links to the telecoms industry.

ByIt is claimed that Liverpool are willing to pay £20million up front to sign the 20-year-old. Schalke are hoping for closer to £30m, but the...
Read more