Some People 'Have The Sniffles': Trump Downplays The Coronavirus's Severity 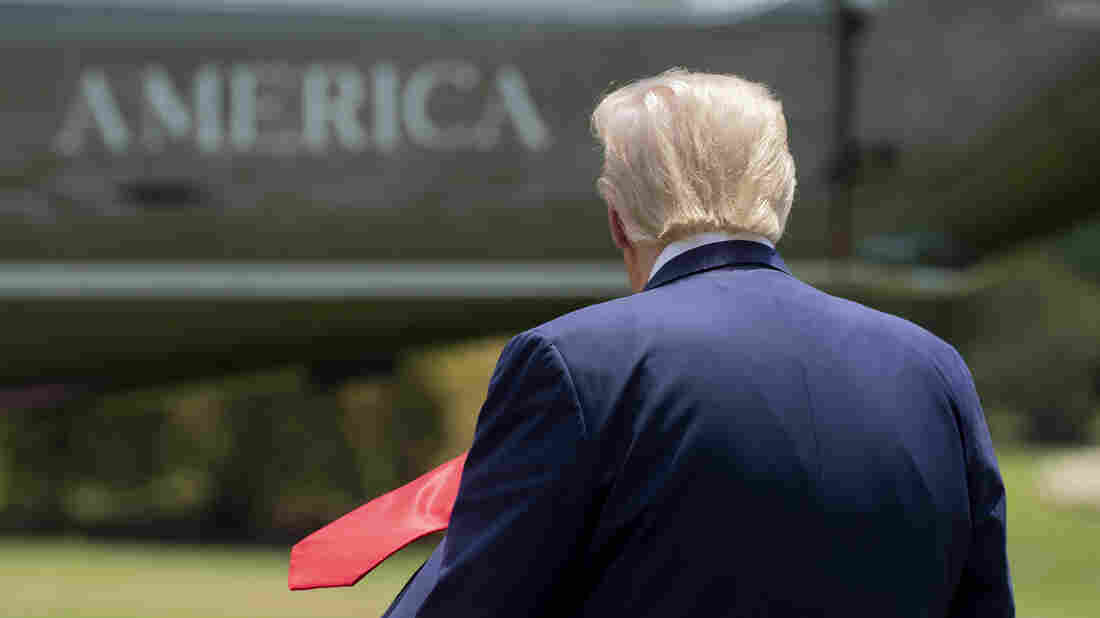 “Cases are up because we have the best testing in the world,” President Trump said in an interview that aired Sunday. “I’m glad we do [testing], but it really skews the numbers.” In fact, cases are rising faster than tests. Patrick Semansky/AP hide caption 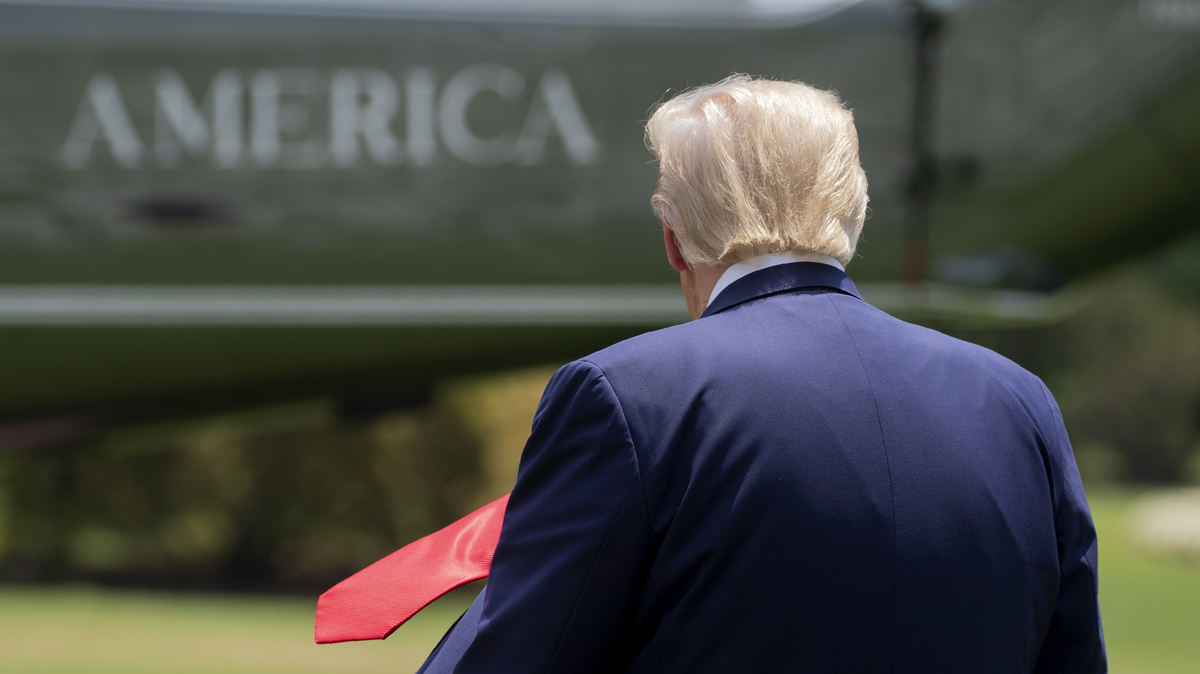 “Cases are up because we have the best testing in the world,” President Trump said in an interview that aired Sunday. “I’m glad we do [testing], but it really skews the numbers.” In fact, cases are rising faster than tests.

President Trump downplayed the danger of the coronavirus, claiming in an interview that aired Sunday that many cases are simply people who “have the sniffles.”

“Many of those cases are young people that would heal in a day,” Trump said in his interview with Fox News Sunday. “They have the sniffles, and we put it down as a test.” He added that many of those sick “are going to get better very quickly.”

More than 3.7 million coronavirus cases have been confirmed in the United States, and more than 140,000 Americans have died, according to Johns Hopkins University researchers.

Cases and hospitalizations are spiking in many parts of the United States. While the number of tests conducted has risen, new confirmed cases are outpacing tests. But Trump again falsely asserted that testing is to blame for the spike in identified infections.

“Cases are up. Many of those cases shouldn’t even be cases,” Trump told interviewer Chris Wallace. “Cases are up because we have the best testing in the world. … I’m glad we do [testing], but it really skews the numbers.” He added: “We’re creating trouble.”

WATCH: President Trump on the current state of the virus.
“When you talk about mortality rates, I think it’s the opposite. I think we have one of the lowest mortality rates in the world.”
#FoxNewsSunday pic.twitter.com/WZ5d3OqklB

Told by Wallace that he could appear to be downplaying the coronavirus, Trump called it “serious” but added that the U.S. has one of the lowest mortality rates in the world. Many nations, including Italy and France, have higher case-fatality rates than the U.S., but many other countries, like Australia, have lower rates.

Wallace pointed out that hundreds of Americans a day are dying from the virus.

The president said he has a “great relationship” with Anthony Fauci, the top infectious disease doctor on the White House’s coronavirus task force. But Trump also said that Fauci is “a little bit of an alarmist” who has made a few mistakes.

Wallace reminded Trump that he has also said things that have not turned out to be true, like earlier this year saying the virus will at some point “disappear.”

On bases named after Confederate generals

Trump also controversially weighed in on matters of race in America.

Defending the Confederate flag, for example, he said that for many people, it’s not a racist symbol and that he’s not offended by it, and then he deflected.

He also again spoke out against renaming military bases that are named after Confederate generals — despite the Army being open to that.

In the 1980s and 1990s, Sharpton was a controversial figure in New York City who spoke out against police violence. He has now become a prominent Black television personality on MSNBC.

But bringing up Sharpton was curious, considering that many would argue that renaming the bases isn’t solely about race or even about race at all. After all, the generals those bases are named after fought against the United States.

On health care and the election

On policy, Trump boasted that he would be getting major initiatives put in place on health care and immigration within the next month.

“No one would have done what I’m going to do in the next four weeks,” he said.

Biden leads in polls against Trump, as Trump has fallen during the pandemic and amid protests against racism. A majority of Americans say they disapprove of Trump’s handling of both — which were key parts of the Fox interview.

Some 70% of Americans could cast ballots by mail this year, in part so they don’t potentially expose themselves to the coronavirus by waiting in lines to vote in person. Trump has spoken out against mail-in voting, despite utilizing it himself in recent elections.

More Republicans are saying they’ll vote in person than Democrats, which could show Trump leading in some places until the lion’s share of votes come in post-Election Day. That’s something Trump fears and is already casting doubt about its legitimacy.

“I think mail-in voting is going to rig the election. I really do,” Trump claimed without evidence.

Asked if that means he’s suggesting he might not accept results of the election, Trump added: “I have to see.”