Some states are taking small steps to reopen. Here’s what they’re doing. 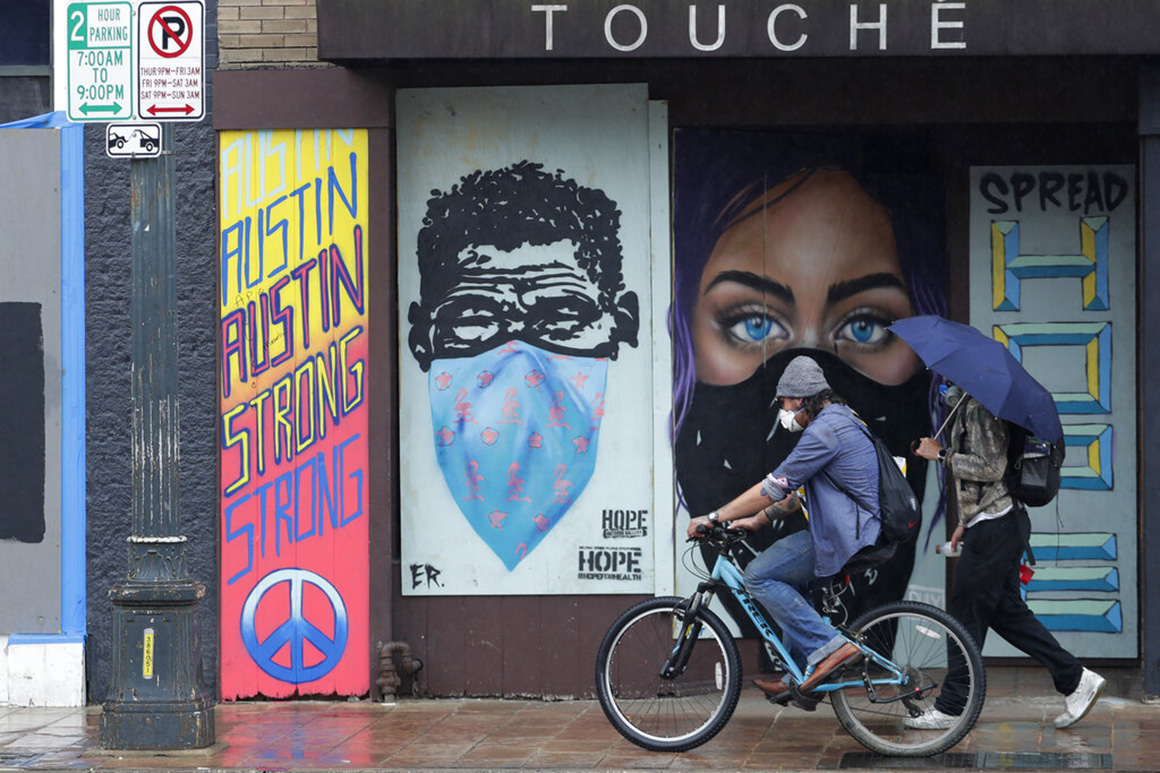 Governors of all stripes are taking it slow and steady when it comes to reopening their economies — notwithstanding spreading protests and the president’s call for liberation.

But a handful of state leaders have taken baby steps toward a return to semi-normalcy in recent days. Here’s a snapshot of what they’re doing:

Republican Gov. Greg Abbott has assembled a task force to work on reopening the state’s economy (though Lt. Gov. Dan Patrick has formed his own group with a faster timeline). Abbott announced on Friday that retail stores could soon offer curbside pickup, and hospitals could allow a limited number of nonessential surgeries. State parks will reopen in Texas next week, but visitors must cover their faces with masks and keep six feet away from others. Texas schools will stay closed for the rest of the year.

The modesty of these steps suggest that the country is in for a lengthy wait before life starts to bear some resemblance to pre-coronavirus times. Most governors have imposed strict guidelines for reopening businesses, and students in many states will not return to school until the fall.

Even the states that may be able to safely reopen in early May, according to a new coronavirus tracking model, say they will do so slowly. Those states — Vermont, West Virginia, Montana and Hawaii — have relatively small populations and low coronavirus case numbers compared to other parts of the country.

Montana Democratic Gov. Steve Bullock has said his state could reopen slowly after April 25, but declined to give details until next week. The governors of Hawaii and West Virginia have not offered concrete plans to relax social distancing guidelines.

New Hampshire Republican Gov. Chris Sununu announced Thursday that schools are canceled the rest of the year. Sununu is already eyeing safety measures for when children return to school in September.

Even in Florida, which has loosened some social distancing restrictions already, a timeline for reopening the state economy is unclear. Republican Gov. Ron DeSantis allowed some beaches in his state to reopen this weekend and has assembled a task force to loosen restrictions in the state, but did not provide dates for when the state could return to normal.

In California, Democratic Gov. Gavin Newsom has rolled out a six-point plan to reopen the state that depends on public health benchmarks rather than target dates. Schools are closed for the rest of the year, and may have staggered class times when students return in the fall. It’s not clear when California will lift its lengthy stay-at-home order, though residents have been told to be prepared to stay home through May. Newsom is coordinating with the governors of Washington and Oregon on how to reopen their states.

A group of states in the northeast have also banded together to gradually reopen their economies. A coalition of states led by New York Gov. Andrew Cuomo — Rhode Island, Connecticut, Pennsylvania, Delaware, New Jersey and Massachusetts — say they will coordinate to reopen the regional economy.

Restrictions won’t lift all at the same time, leaders of those states say. And in New York, guidelines could vary in different parts of the state. Cuomo has said he’s open to allowing New York state to relax restrictions before New York City, where the coronavirus outbreak is more intense, but said logistics need to be worked out.

Massachusetts Republican Gov. Charlie Baker, who is part of the northeast coalition, declined to offer a timeline for when his state would start to reopen. Baker said health experts recommended that a state see a decrease in cases for two weeks before loosening social distancing guidelines. That’s not the case in Massachusetts, where officials say coronavirus cases will surge until Monday.

A group of Midwestern states have also joined forces to coordinate reopening their economies. The group includes Kentucky, Illinois, Indiana, Michigan, Minnesota, Ohio and Wisconsin. Michigan Democratic Gov. Gretchen Whitmer said on Friday that some businesses may begin to open in her state on May 1, but cautioned that could change in the next two weeks.