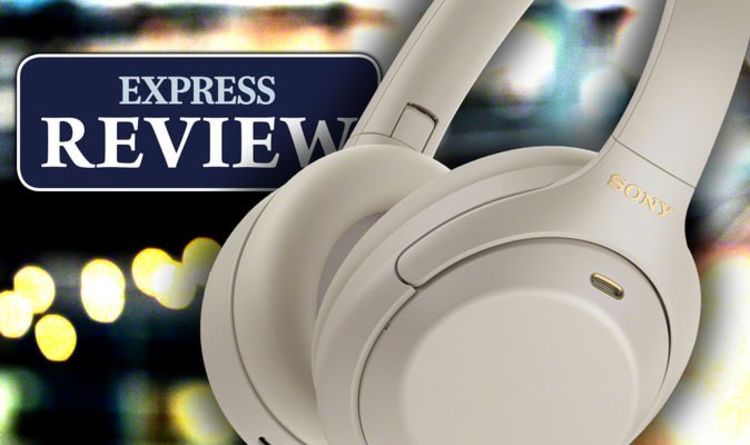 In recent years, there has been only one winner when it comes to sound-blocking headphones: Sony. The Japanese firm has been leading the way with its award-winning wireless headphones and the latest models – the Sony WH-1000XM4 – will stop anything and everything interrupting your favourite track.

The WH-1000XM4 headphones, which are the follow-up to the award-winning WH-1000XM3s, have just gone on sale and, as we’ve come to expect from Sony, they’re a solid contender for the Best Headphones of 2020 gong.

Express.co.uk has been using them to blast music for the last few weeks and this latest iteration continues to offer seriously impressive audio and unrivalled comfort. And Sony has even thrown-in a few nifty new features that might make the WH-1000XM4s worth a look if you’re sporting a pair of noise-cancelling headphones from a few years ago.

But one thing that hasn’t changed with this latest pair of wireless headphones in the design, which means they look almost identical to the WH-1000XM3 (and the WH-1000XM2s before them…). In some ways that’s disappointing, but then again as the old saying goes, “if it ain’t broke, don’t fix it.”

One advantage of keeping an identical design is that it’s guaranteed to offer a supremely comfortable fit, which means you can wear them for hours without any issues – perfect for longer journeys. In fact, there are times when you completely forget you’re even wearing them and they’re even comfy if, like us, you wear glasses – not something we can say about some of Sony’s rivals.

As we’ve said in previous reviews about Sony’s flagship headphones, they aren’t subtle and there’s definitely more attractive cans on the market for the more style-conscious consumer.

That said, we don’t really care that we look like a Cyberman from Doctor Who as the WH-1000XM4 are all about the audio. Sony has included a bunch of new features and improved the already brilliant active noise cancellation smarts to make this vital feature even better than before.

That means you really don’t hear anything other than your music when you place them over your head. It’s impressive stuff although don’t expect to hear the doorbell ring or family members shouting up the stairs when your cup of tea is ready.

With the noise-cancelling working such wonders, you get to hear every note of your favourite playlist. And that’s something else the WH-1000XM4s get incredibly right – the audio on these headphones really is fabulous.

Everything we played sounded crisp, clear and packed with detail, which means you hear every strum of the guitar and tap on the drums. There’s also plenty of bass which adds depth to the tracks without being overpowering.

The Sony WH-1000XM4 really are a joy to have strapped to your ears and little else comes close in terms of quality.

Along with the improved active noise-cancelling, there’s also a clever new Adaptive Sound Control system, which is able to sense where you are and what you’re doing. Once the headphones have worked out your location, your sound settings are adjusted automatically for the ideal listening experience.

What makes this more impressive is that, over time, Adaptive Sound Control learns to recognise locations that you frequently visit, like your office, the gym, or favourite café, and tailor the sound to suit them.

Under current circumstances, this daily routine has been tough to test (as our office, gym and favourite café have largely been in the same location – our living room) but we’ll update this review once we get back on the road with our usual commute across London.

One feature that has been easier to try is the new Speak-to-Chat function. Once switched on via the headphone’s companion smartphone app, this cuts out the music playing each time you speak. It’s a nice idea as it means you can chat without touching the headphones but we feel Sony needs to tweak things a bit before we’d consider having it turned on at all times.

Although you can change the length of time the audio stays silent it’s irritating there’s no way to override it and a simple cough can see the music pause without you wanting it to.

To be perfectly honest we’d rather just remove them when we want to talk to someone nearby and we kept it switched off throughout our extensive testing.

Speak-to-Chat might not be our favourite new feature but something that you will definitely use is the ability to pair the headphones with two devices at the same time. This means you can use them with a smartphone then switch to a tablet without having to start digging around in the settings menu.

It’s a nice upgrade and is something we’ve wanted to Sony to include for a while. Another you’ll love is the battery life as, once fully charged, they will keep on playing for around 30 hours.

Sony has been able to boost battery life further thanks to its new wear detection smarts. Using the proximity sensor and two accelerometers, the headphones will automatically pause the music playback whenever you remove them and resumes playing when you put them on again. It works seamlessly and means you don’t need to worry about them quietly playing music and draining the battery when not in use.

If you use your headphones to make calls then you also find the introduction of Precise Voice Pickup technology. This controls five of the microphones in the headphones optimally and performs advanced audio signal processing to pick up voices clearly and precisely for hands-free calls.

Finally, there’s the usual carry case which the headphones fold neatly up to fit inside plus a USB-C charging cable, standard 3.5mm cable and adaptor for those annoying airplane seats are all included.