Sophie, Countess of Wessex could break royal tradition with children for 'obvious' reason 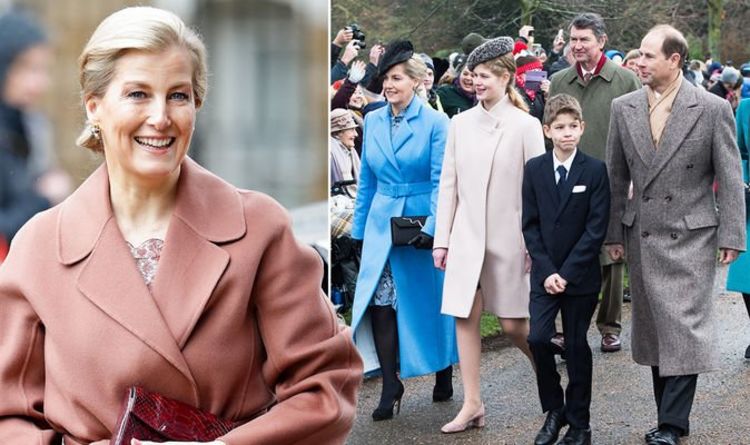 Sophie and Prince Edward reportedly began dating in 1993 and announced their engagement in 1999.

The couple tied the knot in a ceremony which took place at St George’s Chapel at Windsor Castle later that year.

Shortly after they wed, Sophie took on a role as a senior working member of the Royal Family.

In this position, she has represented the monarch on many occasions and is thought to have a close relationship with the Queen.

The Countess and Prince Edward live near the monarch and are believed to have regularly spent time with the Queen, before the coronavirus lockdown.

In a rare interview in 2016, Sophie told Sky News: “We’re a lot more fortunate because we live so much closer to the Queen.

“So, when she spends a lot of time at Windsor on weekends, our children are more fortunate because they can go over and have tea with her on a regular basis.

Despite having a close relationship with the monarch, Sophie may have decided to skip a royal tradition with her children.

Although it is not known exactly where James studies, it is thought he also attended St George’s School as it is close to where they live.

While children have the option to board at these schools, Lady Louise and James are thought to be day students.

Traditionally, members of the Royal Family have been educated at boarding school or even at home.

This was done with royals including Prince Philip, Prince Charles and Zara Tindall.

Sophie and Prince Edward may have veered away from this to choose a place closer to home, Murray Morrison, education expert and the founder of Tassomai.com said.

He told Express.co.uk: “Certainly many families looking at private schools tend to favour options that are local.

“The trend of sending one’s children away to boarding schools on the other side of the country feels a bit old-fashioned now.”

He continued: “Given the Wessexes spend a good deal of their time in the area around Windsor and Ascot, and the range of excellent schools nearby, it seems an obvious choice for them.

“Families realise the greater benefits of closeness: the ability to have more weekends together and to be able to attend events like concerts and plays.

“The choice suggests that the Royal Family continues to evolve. They are not hide-bound and simply repeating choices handed down over generations.”