Sophie, Countess of Wessex has added more 'drama' to Royal Family in this way 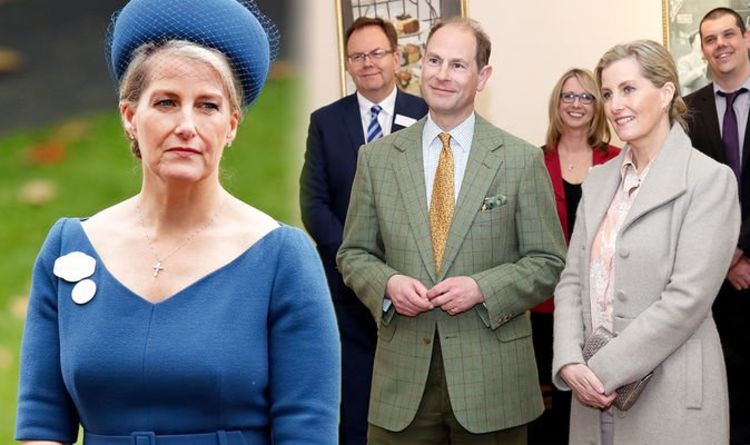 Since coronavirus restrictions started to ease in the UK, Sophie has continued to carry out her duties.

The Countess had a career in public relations before she married the Prince.

While it is likely she has had training on speeches as a royal, her former career may influence her appearances.

She said: “Sophie’s background was in media and she can also deliver a mean corporate speaking style.

“Taking over the Duke of Edinburgh’s duties for a speech at the CMI she began in a similar understated style before going what she called ‘off-piste’.”

It is thought Sophie has taken on some duties from her father-in-law, Prince Philip.

When making appearances on his behalf, Judi explained she is more relaxed than when speaking in front of the Queen.

When speaking in public, Judi also explained Sophie will usually speak naturally rather than relying on a script.

She continued: “Sophie did use ‘ums’ as verbal fillers, which could have implied some nervousness at the start.

“But they were rare enough to add a more natural appeal to her talk, rather than sticking to an unemotional, word-perfect delivery that might have had less impact.”

The expert suggested Sophie does not read of a script which helps her connect with her audience.

Photos of the sitting were shared on the Royal Family's official Twitter account and the process was live-streamed to charity supporters and guests. A body...
Read more
Lifestyle

Tesco, Waitrose and Ocado Van der Meulen Melba Thins Original The food item has recently been recalled as it may contain undeclared egg. This product is also...
Read more
Lifestyle

With more restrictions rolled out across the UK – what is it really like to dine out now?

The Beef Wellington (Image: Premier)The hospitality, theatre, art and entertainment industries that are heavily reliant on tourism have been hit hard by the coronavirus...
Read more