Sophie, Countess of Wessex has 'semi-maternal' relationship with Kate Middleton 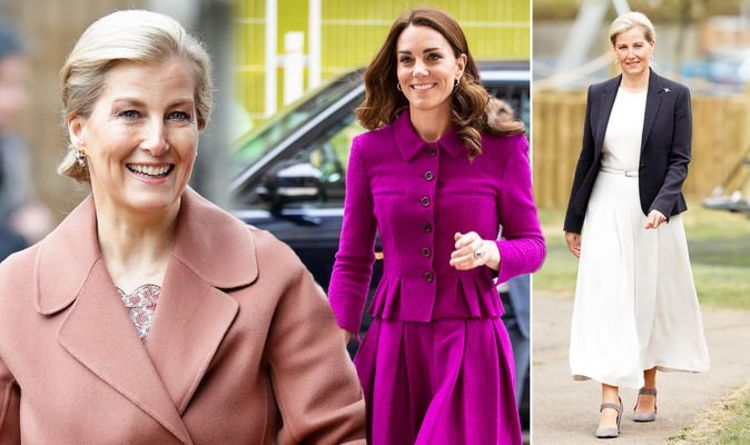 While the coronavirus has got in the way of many events, both Sophie and Kate have been delighting fans with virtual appearances.

Last month, the royals appeared together as they spoke to healthcare professionals via video chat.

In the past, before the lockdown began, Sophie and Kate have attended many events together with the Royal Family.

When Kate joined the family, Sophie may have given the young royal some guidance, according to body language expert Judi James.

Sophie seemed to merge into royal life easily which could have been copied by the Duchess of Cambridge.

Judi told Express.co.uk: “When Sophie married Edward she was hailed as the new Diana.

“But what followed looked like a masterclass in hunkering in as the soap-opera-free royal bride who managed to be a stabilising influence on her husband while keeping press and royal fan attention to a minimum.

“Sophie is also said to be a close ally of her mother-in-law the Queen and in terms of her body language she tends to blend some of the signals of the kind of laid-back calm and fun that we get from Zara Tindall with the stoic, deft formality of the Queen herself.”

When they have attended events together, Sophie has looked happy to help Kate and taken on an almost maternal role, the expert claimed.

Judi explained: “Many of the poses of the two women together show Sophie face-checking Kate with quite strong bouts of watchful-looking eye contact to suggest she’s taking a semi-maternal approach.

“However, she also has raised brows and what’s called a ‘pinging’ smile that implies she wants to ensure Kate is enjoying herself.

“There is some mirroring when the two women walk together but it’s primarily Sophie projecting the stronger signals of relaxed confidence while Kate smiles happily at her side.”