South China Sea fury: Secretive Beijing in new drone tests – but won’t reveal why or where 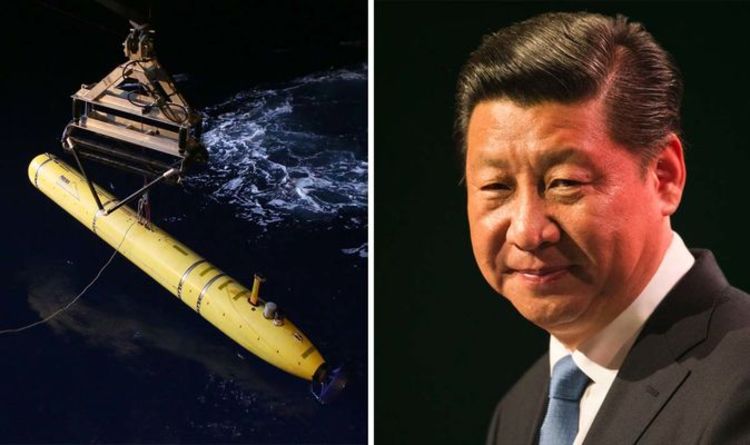 The autonomous underwater vehicle (AUV) Sea-Wahle weighs 200kg and is 3m (9.8ft) long. The mission path has not been revealed but the drone travelled over a distance of 1,250 miles, enough to cover the Paracel and Spratly Islands, which make up  part of China’s territorial claims, and return to the naval base in Sanya. An announcement by the programme team led by Dr Huang Yan of the Chinese Academy of Sciences’ robotics institute said: “Sea-Whale 2000’s development is to meet the long-term deep-sea mobile survey needs in the South China Sea.

He said Sea-Whale 2000 could run “a long-endurance mission for weeks with one launch and can accomplish multiple working mode missions”.

As per South China Morning Post, they declined to elaborate on why China is building the drone for the South China Sea.

It is believed to be equipped with artificial intelligence technology, a wide range of detectors for temperature, salinity, current, trace chemicals, underwater visibility and biological activity.

Sea-Whale 2000 is off a shorter range than the Autosub Long Range AUV, nicknamed Boaty McBoatface, which has a 6,000km (3,728 miles) range and can endure for six months.

Dr Huang and his colleagues have built a hybrid structure to run in different modes to reduce energy consumption and extend the range.

Sea-Whale 2000 is thus capable of cruising, gliding up and down or riding the tide.

Almost a decade ago, Beijing launched an ocean monitoring network which was intended to be the largest in the disputed waters of the South China Sea, but the facilities forming this network do not cover the entire sea and cannot be maintained without high cost.

In one year, it seas one-third of international shipping pass though, carrying $ 3trillion (£2.3trillion).

Beijing’s claims overlap with those of Indonesia and Taiwan over water northeast of the Natuna Islands.

Beijing also has disputes over Scarborough Shoal with Taipei and The Philippines.

Vietnam claims waters west of the Spratly Islands along with Beijing and Taipei.

Parts of the waters and islands within the chain are claimed by Brunei, China, Malaysia, The Philippines, Taiwan and Vietnam.

The Paracel Islands are disputed between Beijing, Hanoi and Taipei.

In 2013, the Philippine government bought a case against Beijing at The Hague under UN law.

In 2016, Manila was backed saying there was no legal basis for the Beijing claims.