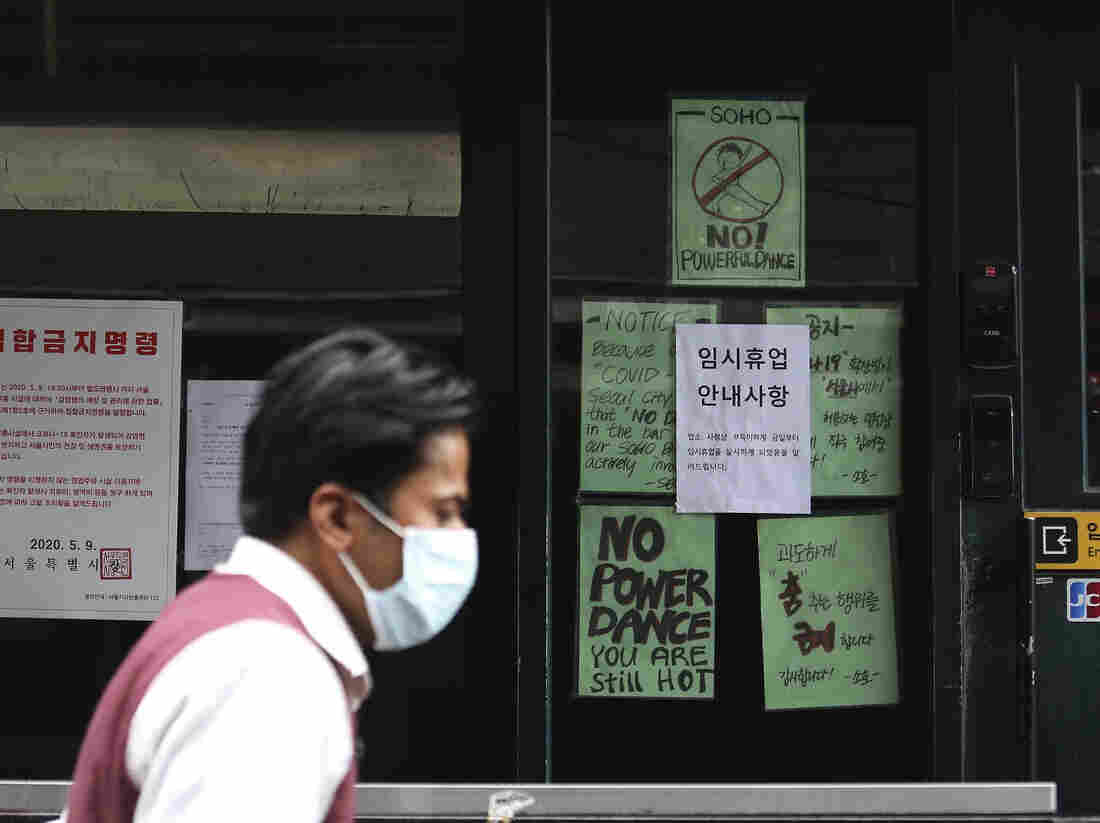 South Korea reported 34 new infections on Sunday – its highest daily tally in about a month. Most of the new infections were tied to several bars and nightclubs in Seoul. Ahn Young-joon/AP hide caption 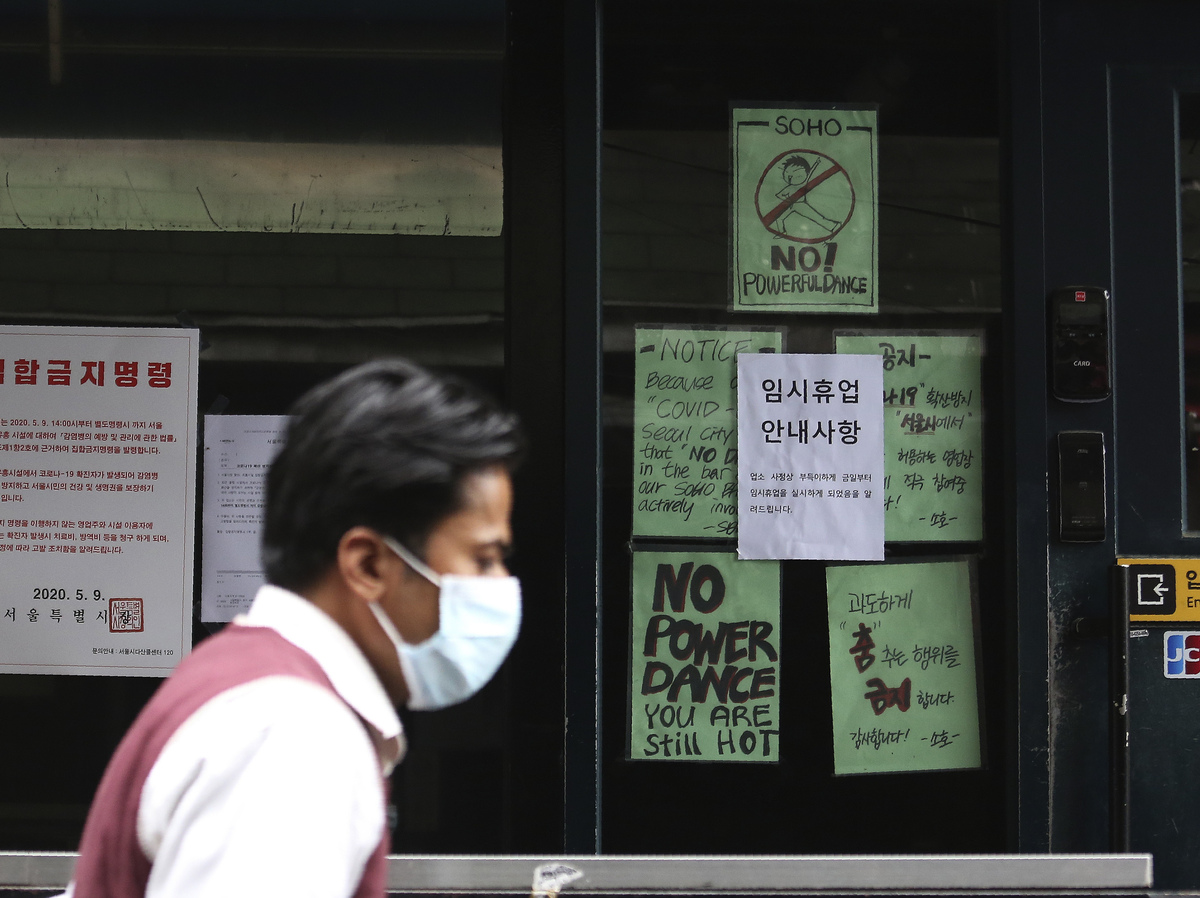 South Korea reported 34 new infections on Sunday – its highest daily tally in about a month. Most of the new infections were tied to several bars and nightclubs in Seoul.

Korean health officials said that 24 of the new cases originate from Seoul’s Itaewon neighborhood. Authorities had recently identified a 29-year-old man who tested positive for the virus after visiting five nightclubs and bars in the commercial district.

Authorities believe as many as 1,500 people were in attendance during the time the man said he visited those clubs over the weekend of May 1.

Overall, at least 54 cases have been linked to that outbreak including 43 nightclub patrons and another 11 people acquainted with the club goers. In response, Seoul closed bars and nightclubs this weekend as authorities worked to contain the outbreak.

The spike of new infections is the highest South Korea has seen since reporting 39 new cases on April 9.. In the subsequent weeks, infections originating within the country declined drastically with health authorities at one point reporting zero new domestic cases.

Global health experts credit South Korea’s rapid and thorough response in curtailing the outbreak in the early hot spot. In total, the country has seen at least 10,874 infections and 256 deaths due to the coronavirus, according to Johns Hopkins University.

In a speech on Sunday, President Moon Jae-in warned South Koreans that they were in for a “prolonged war” against COVID-19.

“It will be a long time before the COVID-19 outbreak has ended completely. We should also brace for the pandemic’s second wave, which many experts are predicting,” Moon said during his address.

Moon also praised his country’s response, saying South Korea had set the “global standard” in handling the COVID-19 pandemic and had managed to transition to “a new normal in which safety precautions against the virus and daily lives can be simultaneously maintained.”

“We have firmly defended the frontlines of the quarantine based on the strength of our people and have been winning the war against the virus,” Moon said.

- Advertisement -
Facebook
Twitter
Pinterest
WhatsApp
Linkedin
ReddIt
Email
Tumblr
VK
Previous articleShaquille O'Neal: NBA should 'just scrap the season'
Next articleBug bite: Is that a midge bite? What to look out for and how to protect yourself