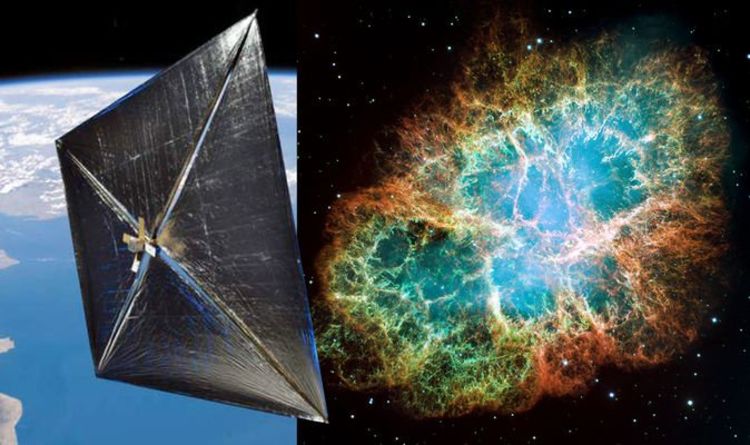 “While taking a shower, I thought on how the Sun is not effective at launching light sails to high speed, but a brighter source of light might be.

“I followed this thought with detailed calculations on supernovae, which are billions of times brighter than the Sun for a week and realised light sails with existing parameters can reach the speed of light if they are strategically placed ahead of time around the massive star that is about the explode.”

In an Scientific American paper he argued, a supernova is capable of accelerating a light sail weighing “less than half a gram per square meter to relativistic speeds”, even if it were millions of miles distance.

The energy and brightness generated by a supernova are equivalent to what a billion Suns would produce in an average month.