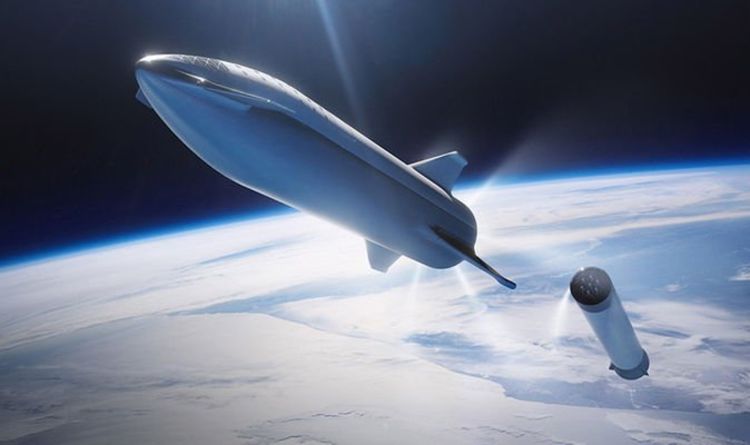 This “window” referred to by the SpaceX head is a launch opportunity arising every 26 months for Mars missions when the planets are particularly close.

However, Mr Musk conceded this timeline for the rocket’s progress “are just guesses, obviously,” and may well change.

He added: “It’s not like I have all these secret dates and I’m just keeping them from people.

READ MORE: Alien hunter claims to have spotted city on the Moon

If Starship meets this ambitions target, this mission will witness a historic launch to Mars on a SpaceX Starship launch vehicle.

SpaceX also intends to use Starship for missions to the Moon as early as 2022, in addition to point-to-point trips around the planet.

Musk has spoken before how he thinks humans should urgently establish a permanent, self-sustaining presence on the red planet to ensure “the continuance of consciousness as we know it”.

“There’s all sorts of other systems that are going to be needed.

“My personal hope is that we’re gonna see Starship in the stratosphere before this year’s out, and if Elon is right, reach orbit next year or the year after.

“This will change people’s minds as to what is possible.

If Mr Musk’s potentially overly-ambitious estimates are correct, SpaceX’s first Mars mission would occur in the same year US space agency NASA’s Artemis program will attempt to plant astronauts back on the Moon.

NASA recently selected SpaceX as one of three teams to develop Moon landers for the all-female Artemis program.

SpaceX also intends to fly a trio of paying space tourists on a Starship mission around the Moon the following year.

Musk revealed during the conference how if it was not for the orbital mechanics that mean for Mars launches every 26 months, SpaceX “would maybe have a shot of sending or trying to send something to Mars in three years”.

He added: ”But the window is four years away, because of them being in different parts of the solar system.”