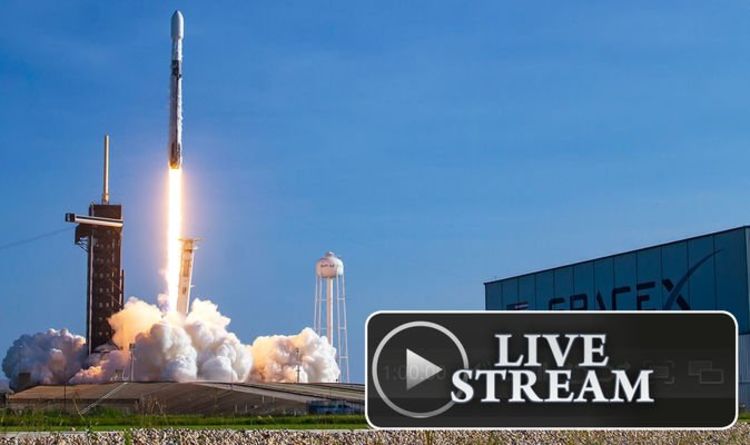 The Elon Musk firm aims to have at the very least 12,000 operational satellites at any one time.

The mega constellation will provide internet access to every corner of the globe, including those parts where terrestrial broadband access is non-existent.

Today’s launch will fly from the Kennedy Space Center in Florida and NASA’s historic Launch Complex 39A.

The Falcon 9 rocket used on today’s mission has already been to space twice.

SpaceX tweeted: “Standing down from tomorrow’s launch of Starlink due to severe weather in the recovery area, which is likely to persist for a couple of days.

“Will announce a new target launch date once confirmed.”

After launching, the Falcon 9 booster stage will return to Earth and land on a remote droneship in the Atlantic Ocean.

SpaceX will also attempt to recover the rocket’s nose cone or payload fairing by cathing its two halves in large nets attached to two boats.

“Following stage separation, SpaceX will land Falcon 9’s first stage on the ‘Of Course I Still Love You’ droneship, which will be stationed in the Atlantic Ocean.

The Starlink satellites will deploy into a preliminary orbit about one hour and one minute after liftoff.

But the mission is not without controversy, as astronomers have been raising concerns about the mega constellations.

As the satellites pass overhead, they can produce bright trains of reflected sunlight.

The problem is particularly prominent in nighttime long exposures that astronomers rely on for scientific studies.

The International Astronomical Union said in June last year: “We do not yet understand the impact of thousands of these visible satellites scattered across the night sky and despite their good intentions, these satellite constellations may threaten both.”

ByElaine GlusacWhen the pandemic struck, many travel insurance policies failed to cover Covid-19-related trip interruptions and cancellations, often because they excluded pandemics. But in...
Read more