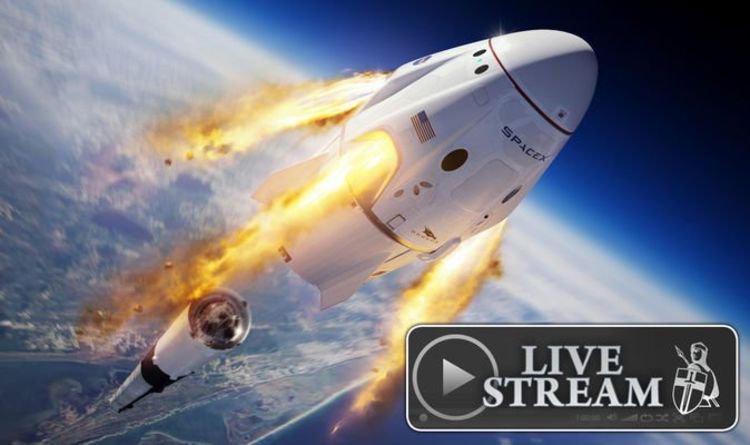 “Expected breakup time will vary due to a number of factors, including winds and expected minor variations in vehicle attitudes and positions, but could occur shortly after separation or upon reentry from Earth’s upper atmosphere.

“In either scenario, a dedicated team of SpaceX Falcon 9 recovery personnel will be staged and ready to begin recovering debris immediately after breakup.”

The Dragon will drift to its highest orbit – apogee – then fire its engines once more to guide the spacecraft towards Earth.

Splashdown in the Atlantic Ocean is expected about 10 minutes after launch.

SpaceX said: “As part of the Dragon recovery operation, Air Force Detachment-3 personnel will work with the SpaceX recovery team to observe Crew Dragon and practice their initial approach to the spacecraft in the open ocean, mimicking an actual rescue operation before the SpaceX team recovers Crew Dragon for return to Cape Canaveral.”