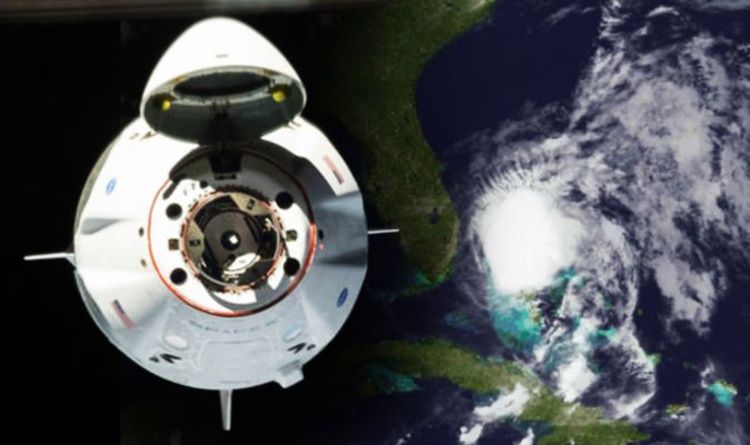 US astronauts Bob Behnken and Doug Hurley will be returning from their voyage to the International Space Station today.

Mr Hurley told the remaining US station crew member Chris Cassidy: “It’s been a great two months, and we appreciate all you’ve done as a crew to help us prove out Dragon on its maiden flight.”

Mr Benken said ahead of his exit from the station: “The hardest part was getting us launched, but the most important part is bringing us home.”

Tropical Storm Isaias is not expected to affect the return home on Sunday of SpaceX’s new Crew Dragon.

Prior to approving Pensacola as a safe splashdown site, Nasa and SpaceX were considering seven sites around the state’s peninsula.

According to the National Hurricane Center’s (NHC) 5am EDT (10am BST) advisory, Tropical Storm Isaias is currently churning with maximum sustained wind speeds of 65mph.

The NHC has issued a number of hurricane warnings and storm surge watches, in addition to tropical storm warnings and watches.

Taken in tandem, the researchers were able to accurately date the epic eruption to within two years, in 431 AD. A cutting-edge three-dimensional tephra dispersal...
Read more
Science

And although lockdown has been lifted in much of the country, Professor Winston believes the NHS Track and Trace app launched last week may...
Read more
Science

The SpaceX founder made his warning on the Sway podcast, where he reiterated his fears the Sun will engulf the Earth one day. Mr...
Read more

Since the release of the fifth Pirates of the Caribbean film, Salazar's Revenge, rumours have surfaced online suggesting Depp will not be returning to...
Read more