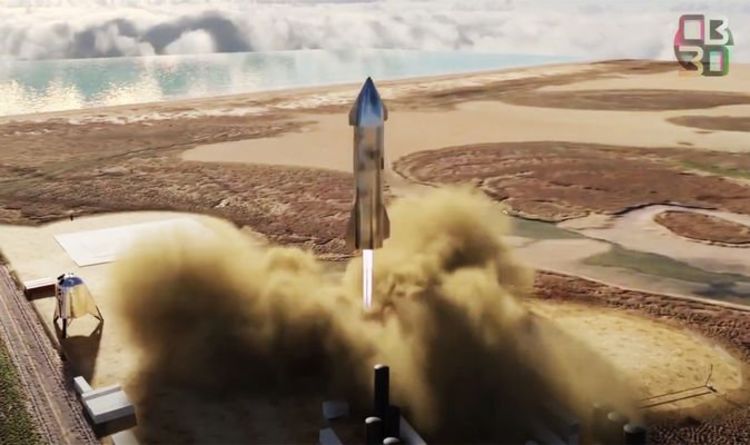 “Main engines actually do majority of work in turning ship vertical before landing.”

In another tweet, he added: “It’s counter-intuitive, but Raptor has so much thrust at high Isp with liquid (high density) propellant and pump-fed (light tanks), that it beats hot gas for the flip.

“That said, hot gas beats the heck out of N2 for orbital manoeuvres and stabilizing ship if landing in high winds!”

Starship is being developed as a fully reusable rocket capable of carrying up to 100 tonnes of cargo into orbit.

Earlier on this week, Mr Musk – the billionaire entrepreneur and CEO of electric vehicle giant Tesla – took to the stage to make...
Read more
Science

We Finally Know How Much Radiation There Is on The Moon, And It's Not Great News

AFP As the US prepares to return humans to the Moon this decade, one of the biggest dangers future astronauts will face is space radiation...
Read more
Science

Rajesh Khanna, The Conversation Imagine being infected with a deadly virus that makes you impervious to pain. By the time you realize you are infected,...
Read more
Science

Here's How You Can 'See' Molecules—on a Whole 'Nother Planet

Rhett Allain So maybe you heard this thing about possible signs of life on Venus. Yes, it's Venus this time and not Mars. Scientists have...
Read more
Science