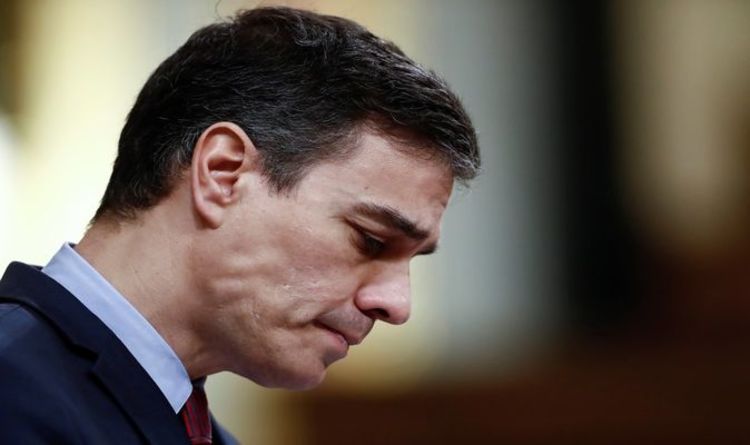 The number of fatalities had spiked again on Sunday following three successive days of the falling numbers.

On Saturday figures suggested the second worst affected country in Europe, behind Italy, had overcome the peak of the virus.

The lockdown in Spain, which has a population of around 47 million people, has been among the most draconian in Europe.

Restrictions have been in place since March 14 and only allows individuals to leave their home for work or to buy food or medicine.

The Spanish Government has this morning began easing the shut down of the country as thousands of workers go back to their jobs.

Prime Minister Pedro Sanchez said on Sunday the decision to restart some sectors of the economy was taken after consulting a committee of scientific experts.

Mr Sanchez urged caution and insisted the public was not yet ready to return to normal life.

He said: “We are still far from victory, from the moment when we can pick up our normal lives again.

“But we have made the first decisive steps in the path towards victory.”

Mr Sanchez insisted the lifting of any more restrictions would depend on whether there was any gains to be made.

He added: “If that doesn’t happen, I want to be very clear, we will maintain or reinforce the restrictions.”

Catalan leader Quim Torra described the decision to restart these sectors as irresponsible and reckless.

He said: “The risk of a new outbreak and a second lockdown is enormous.”

Spain is a number of leading European nations to begin easing restrictions alongside Italy, Demark and Austria.

ByEA has claimed the ongoing row over footballer image rights is an attempt to draw FIFA 21 into a dispute between footballers, their agents...
Read more

ByWhile playing for the club, he started to build his reputation as one of the best, scoring a whopping 115 goals in 167 appearances. In...
Read more