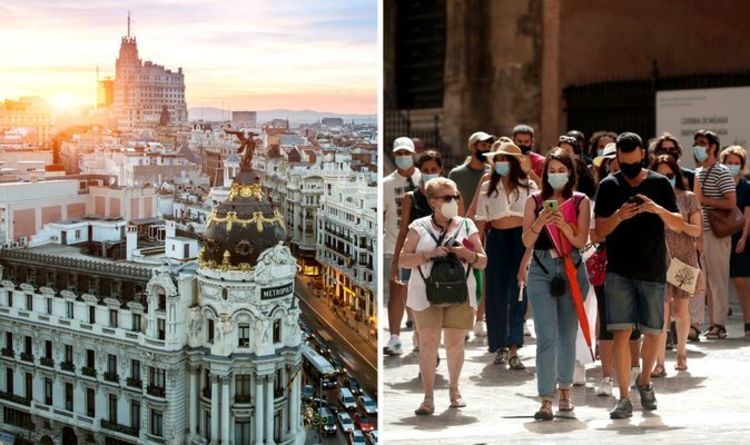 Unfortunately for Spain-loving holidaymakers, it doesn’t look likely that the hotspot is making a return to the ‘safe’ list any time soon.

Transport Secretary Grant Shapps told radio station LBC today that Spain and France have gone “the wrong way” in the battle against COVID-19.

He said: “At the moment I’m afraid France and Spain have both been going the wrong way.

“So just to put numbers on this, we respond when there are about 20 cases per 100,000 of the population measured over a seven-day rolling average.”

He continued: “I think that the last that I saw of Spain it was up in the 40s and 50s so a long way off that, and France, who quarantined from last weekend, I’m afraid to say we were right to do that because we’ve seen the cases continue to carry on up in France as well.

Holiday 2020: Where can I go on holiday now? The 68 destinations

Where can I go on holiday now? In theory, you can go anywhere that will let you in. However, you might not get travel insurance if...
Read more
Travel

Quarantine: Full list of ‘hassle-free’ countries Britons can visit with no restrictions

Thailand has similar regulations in place where only certain categories of foreign nationals are permitted to enter or transit the country. If you’re eligible to...
Read more
Travel

Google Maps: Street view catches spooky ‘witch’ sighting in Argentina – what is it?

Vessey continued: “Even though the bill, which if passed by Parliament would breach international law, has rocked sterling sentiment amidst increased fears of a...
Read more
Travel

Dubai holidays are currently not advised by the UK Foreign, Commonwealth and Development Office (FCDO). The United Arab Emirates (UAE) remains off the travel...
Read more