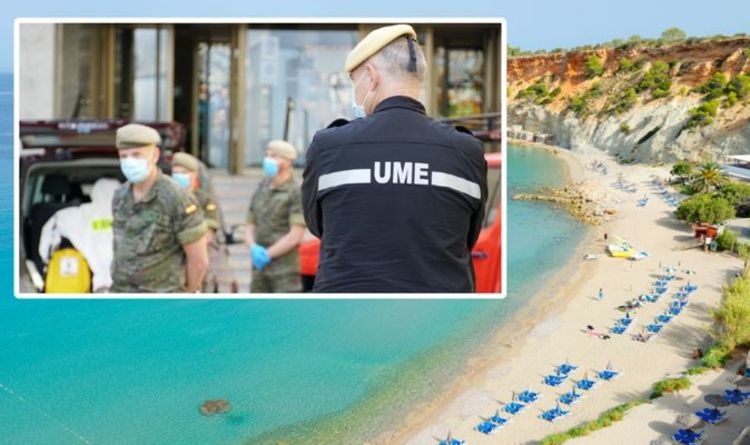 To help with tracking, Majorca and Ibiza have asked for 100 soldiers who begin their work on Friday (September 10), with the team incorporating a psychologist to help anyone suffering from trauma.

Some of the tracking involves trying to contact dozens of people who have been near patients tested positive.

In Gran Canaria, one so-called super-spreader is believed to have infected at least 140 people which has multiplied the task of finding all possible contacts.

The soldiers will also be at work in the Canary Islands, including Tenerife, and in other locations on the mainland, including 300 in Valencia.

"The difference with me is I'm not reading her book, I've seen it and it's just horrendous, it's hard," he said. "All I want to...
Read more

Elevated blood sugar levels can be responsible for a cascade of problems and symptoms. When there's extra sugar in the blood, the body siphons...
Read more

His potential return is already news which will thrill fans but his strict condition for agreeing to make the movie will ensure their blessing. We...
Read more