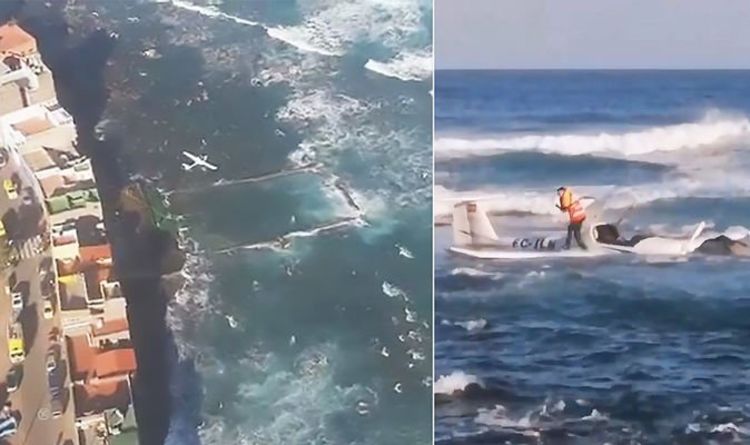 “According to surfers in the area, the aircraft had tried to land in the water twice but as there were people on the beach surfing there they failed.

“Then they decided to land in the sea, in the pools of El Altillo, around 30 metres from the coast.”

He added: “They were Spanish, and they were the copilot and the pilot, who was teaching the other man. I saw the plane crashing into the water.

“I went out of my house barefoot and was the second person to arrive in the area and I was able to record how the pilot jumped from the aircraft.

“They started to swim to the coast and they were in shock, they were helped by neighbours who went to the place and myself and a surfer called Marco Martin jumped into the sea to pick up all their belongings.”

ByHowever, following a year of uncertainty for travel amid the ongoing pandemic, things could be a little different this year. Though the likes of British...
Read more
Travel

ByThirteen of them have been awarded a Platinum Pennant (awarded to the very best camping parks with a Quality Score of 95 percent and...
Read more