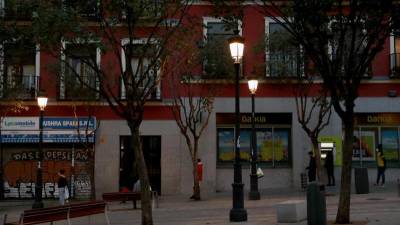 MADRID: Another 514 people have died in Spain over the past 24 hours, raising the death toll to 2,696, as the number of infections surged towards 40,000, the government said Tuesday.

At the same time, the death toll showed an increase of 23.5 % over the figures from Monday.

The new figures came as the government of Prime Minister Pedro Sanchez was to seek parliamentary approval to extend the state of emergency for an extra two weeks, until April 11, in a bid to slow the spread of the virus.

Officials are hoping the rate of infections will peak within the coming days.

The Madrid region has suffered the brunt of the epidemic with 12,352 infections just under a third of the total and 1,535 deaths, or 57 % of the national figure.

With the city’s funeral services completely overwhelmed, Madrid officials have commandeered the Palacio de Hielo ice skating rink to serve as a temporary morgue in order to handle the surge in deaths.

The Spanish capital has also transformed part of a giant exhibition centre into a temporary field hospital with 1,500 beds and an intensive care unit which could be expanded take in up to 5,500 patients.

Government figures show there has also been an increase in people recovering, with the number reaching 3,794 on Tuesday after 439 were declared virus-free. Around 60 % of the recoveries are in Madrid. –AFP