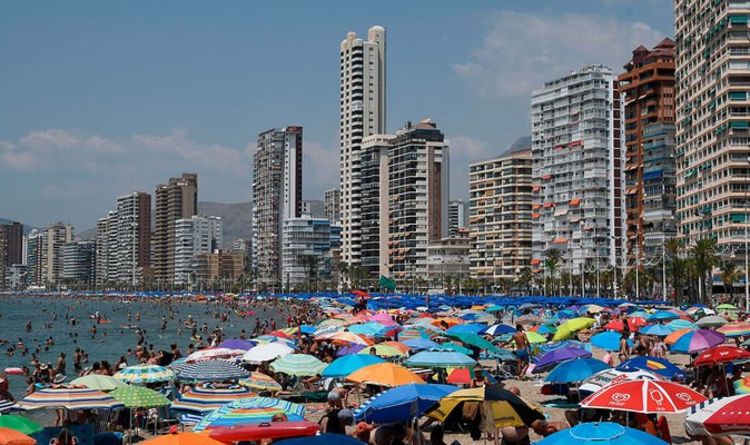 AICO President Raul Parra warned that the situation in Spain could get worse “if travel restrictions are put into place between Spanish regions”.

One part of the town which is known for its English tourists has been hit the hardest with shop closures.

Mr Parra added: “I believe that over the coming months only about 50 percent of shops will stay afloat.”

Hoteliers in Benidorm and on the Costa Blanca have also admitted to having similar concerns after the country announced its State of Alarm.

Benidorm has already reported an 80 percent drop in hotel overnight stays between July and September compared to 2019.

And now, the hotels are concerned that Spain’s State of Alarm will only further deter people from wanting to visit.

General secretary of the Hosbec association Nuria Montes told Olive Press that it’s “hardly the best message to send out to tourists across Europe”.

The State of Alarm is set to remain in force until early May 2021, according to Spain’s prime minister, Pedro Sánchez.

He added: “Tourism and hoteliers are suffering badly and I don’t know how this is all going to end.”

Spain’s tourism industry was felt the impact of COVID-19 over the summer when just 204,926 international visitors arrived in Spain in June.

This is a drop of 97.7 percent, according to the National Statistics Institute (INE).

The tourism sector reportedly lost 27.3 million visitors and €28.4 billion in revenue during the first half of 2020, compared with last year.