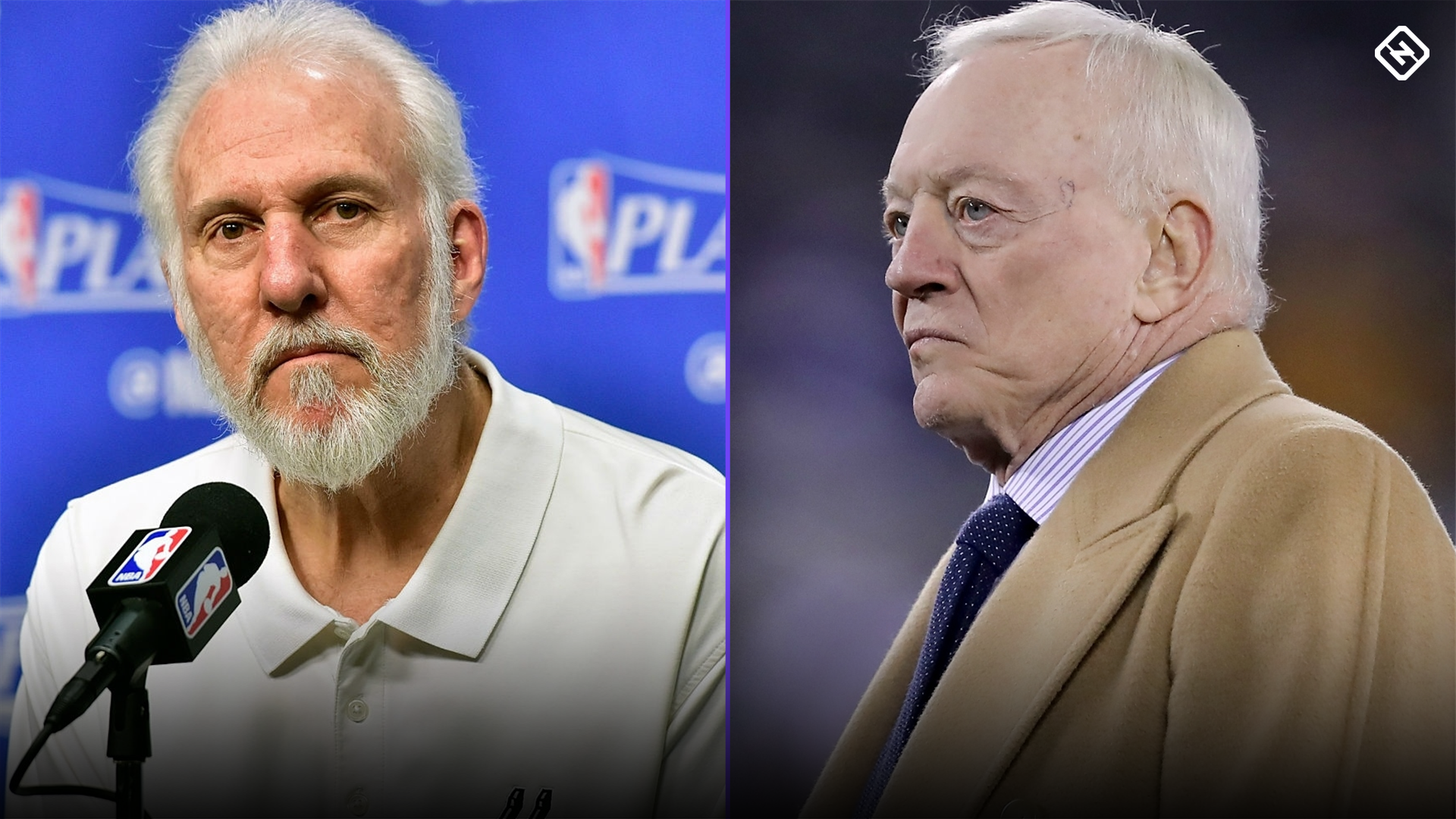 Gregg Popovich has added another posterization to his resume.

The outspoken future Hall of Fame coach has been especially vocal since the election of Donald Trump when it comes to his opinions on the current presidential administration and social issues across the country. Popovich is back with more criticisms, this time taking shots at NFL commissioner Roger Goodell along with Jerry Jones, Robert Kraft and five other NFL owners who donated to Trump’s campaign.

“It’s just hypocritical,” Popovich told the New York Times about the owners’ contributions to Trump’s Inaugural Committee. “It’s incongruent. It doesn’t make sense. People aren’t blind. Do you go to your staff and your players and talk about injustices and democracy and how to protest? I don’t get it. I think they put themselves in a position that’s untenable.”

Popovich’s ire wasn’t solely aimed at the owners, however. The 68-year-old also had some choice words for Goodell and his seeming inability to grasp the point of Colin Kaepernick’s protests in 2016 and subsequent protests around the league.

“A smart man is running the NFL and he didn’t understand the difference between the flag and what makes the country great — all the people who fought to allow Kaepernick to have the right to kneel for justice,” he said. “The flag is irrelevant. It’s just a symbol that people glom onto for political reasons, just like Cheney back in the Iraq war. …

“(Goodell) got intimidated when Trump jumped on the kneeling” and “he folded,” Popovich said, per the Times.

Recently, Goodell and the NFL penned a statement supporting the Black Lives Matter movement, which was met with heavy criticism from all corners of the sports world. The NFL is largely viewed as an entity to have blackballed Colin Kaepernick following Kaepernick’s kneeling protests in 2016.

The Spurs head coach isn’t one to shy away from dunking on anyone. Most recently — and most frequently — Popovich delivered a takedown on American leadership, calling Trump a “deranged idiot” in May.