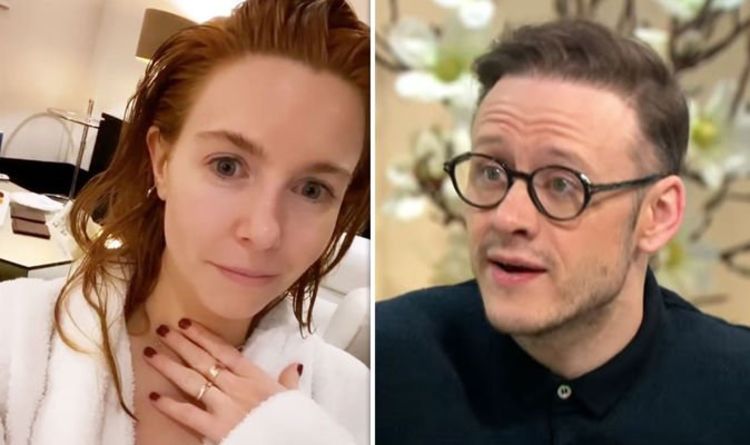 Strictly Come Dancing 2018 winner Stacey Dooley, 32, has been on hosting duties on the show’s nationwide tour, which is currently in Belfast. Tonight, her boyfriend Kevin Clifton, 37, will be performing in the opening night of The Wedding Singer.

The BBC documentary star took to her Instagram story to send a good luck message to her beau, who she won Strictly with in 2018.

In view of her 816,000 followers, she filmed herself walking through a backstage door as she said hello to some team members.

She then added: “Morning, I’m in Belfast for a two-show day but it’s my boy’s opening night in The Wedding Singer.

“I just wanted to wish you luck, go and smash it Kev,” she added as she blew multiple kisses to the camera.

Kevin will take on the iconic role as Robbie Hart, which was played by ‎Adam Sandler‎ in the hit movie.

Ahead of the pair parting ways for their separate ventures, Stacey joined Kevin on his podcast The Kevin Clifton Show recently.

During this, she reflected on her Strictly journey and spoke about the show’s tour.

The BBC star went on tell listeners about the advice she gave to last year’s contestant Mike Bushell, who danced with Katya Jones.

“I said, ‘Try your best and put the hours in and don’t take it for granted, because of course, it’s a privilege to be on the show, but just keep it in perspective’ and that’s what I think he did.”

Also midway through the audio show, Stacey told her beau she needed to leave the room for a toilet.