Stacey Solomon hits out at beau Joe Swash in home life revelation: 'It makes me so angry' 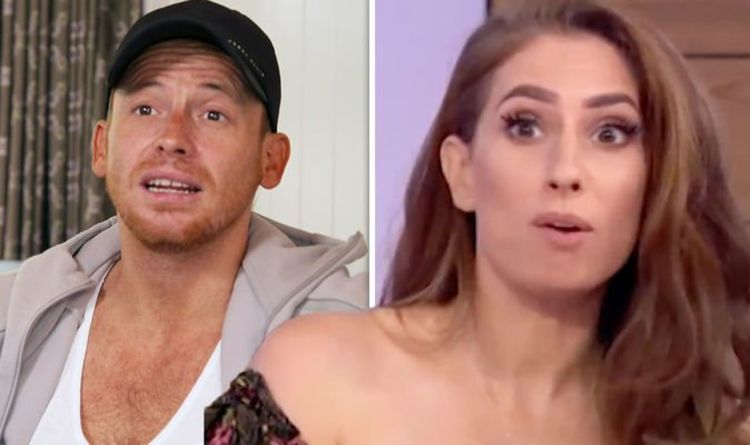 “She went for the meat, it is your fault,” Stacey mischievously replied.

Elsewhere, Stacey opened up about being subjected to backlash from some social media users who try to mum-shame her for the way she parents her three children.

The star, who shares her one-year-old son Rex with boyfriend Joe, and also has Zachary, 12, and Leighton, eight, from previous relationships, said she sometimes receives “unsolicited advice” from critics online.

Speaking as part of a new Love Don’t Judge campaign for C&G Baby Club, which aims to put an end to parental judgment, Stacey said: “When you become a parent in general, there’s lots of people that will judge the decisions you make based on parenting.

Emily Selleck ‘Fashion Police’ star Kelly Osbourne has always been an icon in the fashion world. We’re looking back at some of her best moments...
Read more
Celebrity

Erin Silvia Jordyn Woods admitted she ‘couldn’t trust anyone’ when ‘everything’ in her life ‘changed’ after the Tristan Thompson scandal broke, in a new tell-all...
Read more
Celebrity

Brandi Maxiell: 5 Things To Know About ‘Basketball Wives’ Star Hospitalized With A Severe Case Of COVID

Ryan Shea Many of Brandi Maxiell’s former ‘Basketball Wives’ costars sent their prayers for her after it was confirmed that she was hospitalized with a...
Read more
Celebrity