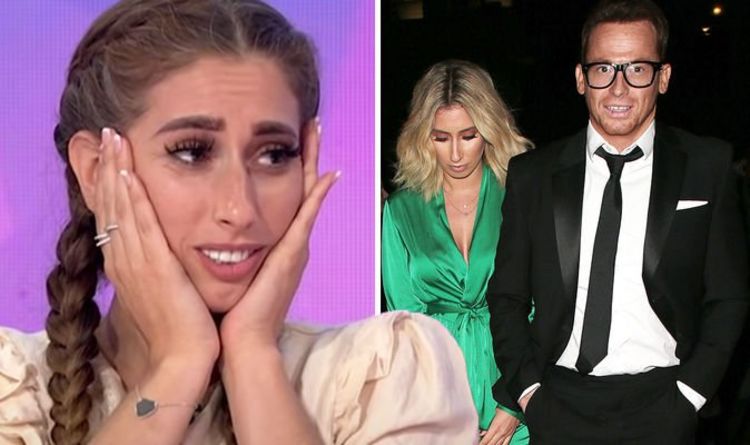 After giggling at her boyfriend’s impression of her, Stacey argued: “I won’t!”

“She will, mark my words,” Joe insisted in response.

Stacey went on to admit that her beau’s assessment of the situation was correct by writing in the video’s caption: “To be fair to him he’s right [crying with laughter emoji].”

The star then divulged that she was planning on “making the most” of some me-time with a relaxing bath before Joe left.

She wrote alongside a video of a bath bomb fizzing away in her tub: “Joe is squeezing all the cuddles in and taking pickle to bed before he’s off on a special adventure with his big pickle so I’m making the most… Won’t be able to do this again until he’s back at the end of next week so seizing the day.”

Riley Cardoza These pictures are worth a thousand words — and then some! Since Kim Kardashian and Kanye West added Mom and Dad to their...
Read more
Celebrity

Mariah Carey Then & Now: See The Superstar Singer’s Transformation Through The Years

Alyssa Norwin Are you ready to get to know the REAL Mariah Carey? In honor of her new memoir, ‘The Meaning Of Mariah Carey,’ take...
Read more
Celebrity

Alyssa Norwin In her new memoir, Mariah Carey detailed her hot and heavy romance with Derek Jeter, which began as an emotional affair amidst the...
Read more
Celebrity