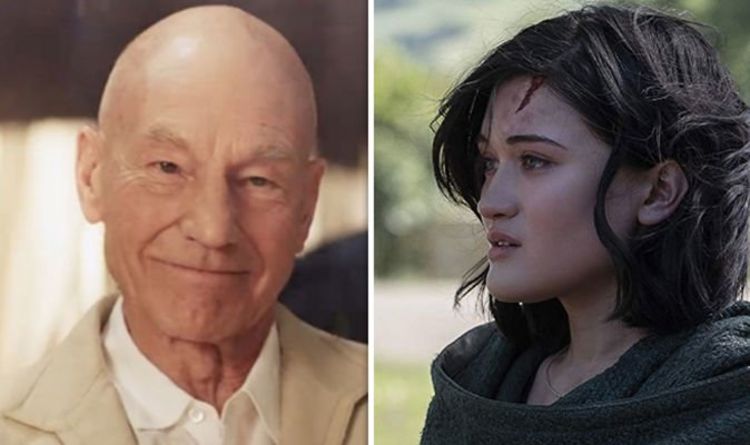 Londoner Isa has a breakthrough role in Star Trek: Picard as Dahj (and also, somewhat mysteriously, as Soji) and there has been intense speculation around the identity and backstory to the character. Speaking to Express.co.uk, she has revealed some fans have correctly guessed some elements of Dahj’s personality.

Picard brings Jean-Luc Picard (played by Sir Patrick Stewart) back to the small screen after a 25-year break from engaging his warp drive.

Star Trek: The Next Generation – which ended in 1994 – had a successful spell at the box office when it transitioned to the big screen, with Jean-Luc Picard making his final screen appearance in 2002’s Star Trek: Nemesis.

Almost 20 years later fans will find Picard in a very different place as to where he spent all those stardates in the depths of the universe.

Retired and tending vineyards, with his feet planted on terra firma, the appearance of a young woman named Dahj draws him back towards the stars.

READ MORE:
Star Trek Picard cast: Who is in the cast of Picard?

Ever since the show was announced, there has been speculation around who might be in the show and how it might connect to Star Trek’s deep history.

Isa , who plays Dahj, spoke to Express.co.uk about fan theories trying to decode the secrets of the new series and has admitted there are some fans who are close to cracking her mystery.

At the UK launch of Picard, Isa explained: “My friends and family have told me all the theories. It’s fun to sit there and be like, ‘Well, that person’s onto it. Oh, that person’s way off’”.

But when Isa discussed her knowledge of Star Trek, she may have let slip how Dahj connects a past series and Picard.

There appears to be a strong link to The Next Generation, as Isa watched the series for research.

“Once I got the show [Picard] I went back and, since there’s so many seasons of The Next Generation, I was, like, ‘Okay, first we’ll just hop around to the theme episodes that pertain to my character.”

After that, she found herself “hooked” by Star Trek: “Then I got to a certain point, season four, and I just got hooked and I just kept watching. I’ve become a much bigger fan than I ever knew I was going to be.”

“You always know that Star Trek is this iconic series. Even if you haven’t watched it, you are aware of that because Trekkies invented fandom.”

Isa said she’s already touched by the “support” of the fans: “The amazing thing is getting to meet the fans and getting to see just how much love is there.

“That’s like the only word I can use to describe it, because everyone has done. They don’t know what or who our characters are, they’ve never met us, but they still are giving us so much love and support already, without even knowing who we are.”