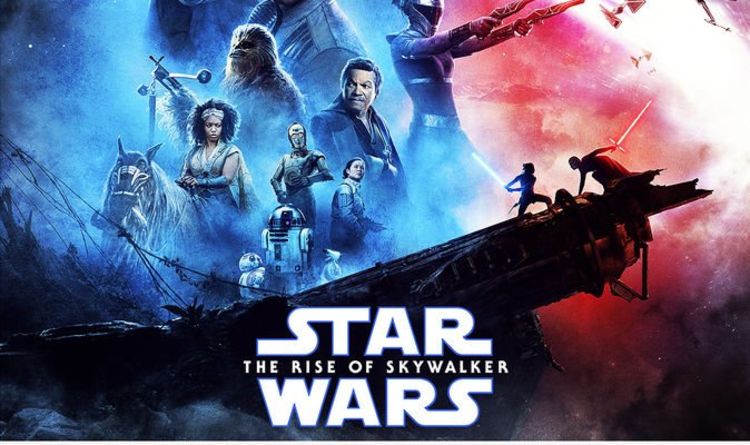 Palpatine and Lando Calrissian are already confirmed. Fans will be fairly certain Luke Skywalker and Anakin (or possibly Darth Vader) will also return. Hopes for Obi-Wan Kenobi have seemed less urgent now we know he will have his own Disney + series. But JJ Abrams has committed to including and honouring as many legacy characters and storylines as possible in the final film in the Skywalker Saga. A new prequel book to The Rise of Skywalker has just revealed the return of a legendary hero.

The new book, Resistance Reborn by Rebecca Roanhorse, has announced that Denis Lawson’s iconic fighter pilot Wedge Antilles is still out there and still committed to the Resistance.

A new exclusive extract on the official Star Wars site confirms what fans had hoped after previous novels.

The Corellian flew missions heroically throughout the first trilogy, including the iconic attacks on both Death Stars. Only Wedge Antilles and the Millennium Falcon’s Han Solo and Chewbacca made it back from the final dramatic attack in The Return of the Jedi, as Luke battled the Emperor above.

Chuck Wendig’s Aftermath trilogy revealed Wedge went on to found the Phantom Squadron for the end of the war against Palpatine’s forces. After that, he became a flight instructor on Hosnian Prime.

Is it time for him to rejoin the coming battle?

With Billy Dee Williams back as Lando at the controls of the Millennium Falcon, how spine-tingling would it be to have Wedge back in the cockpit for one last mission?

If The Rise of Skywalker echoes The Return of the Jedi in the way Episodes 4 and 7 echoed each other, Wedge could be flying up against another gigantic super-weapon.

The character is famous for his line “Look at the size of that thing.” It is terrifying to imagine how the final film might try and top the Death Star.

The new book confirms just how decimated and desperate the Resistance is after the end The Last Jedi.

STAR WARS 9: ‘THIS CHARACTER WILL RETURN TO KILL PALPATINE’

The novel describes Wedge receiving news of what has happened.

He is devastated to hear Admiral Ackbar and Vice Admiral Holdo are dead, the fleet destroyed and Leia greatly weakened by her ordeal.

But it is another death that leaves Wedge reeling: “Wedge swayed. He reached back, gripping the counter. Not Luke. Could he even be killed? Didn’t Jedi live forever or something?”

Fans will be hoping some Jedi do indeed, with expectations Luke will return as a Force Ghost.

READ THE FULL EXTRACT FROM RESISTANCE REBORN ON STARWARS.COM