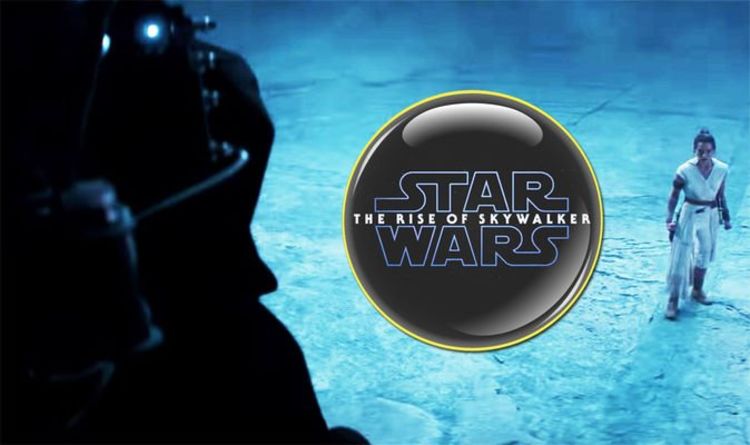 The final trailer for Star Wars The Rise of Skywalker has landed. But we still haven’t seen Palpatine’s face from the front. Of course, there’s the poster of him looming over Rey and Kylo Ren, but what about Ian McDiarmid himself back in action? Well, now an image has found its way on to Reddit that could be a leaked still from the movie. The shot in question sees Rey in front of Palpatine’s throne.

It’s the same throne from the latest trailer with big black spikes.

And in the centre of the image is Palpatine upon it.

The Emperor has his arms in the air unleashing his Force lightning.

Again, as suggested by The Rise of Skywalker trailer, he appears to be in a physical form after all.

As for the still’s legitimacy, Making Star Wars’ Jason Ward seems to have confirmed it’s the real deal after being asked on Twitter.

A fan alluded to “that Palpatine picture that is out there” to which he replied “Real.”

READ MORE: KYLO REN DESTROYS DARTH VADER HELMET BECAUSE PALPATINE IS IN IT?

But just how is Darth Sidious back?

The Sith headgear was last seen in Ben Solo’s possession in The Force Awakens.

But what if Palpatine survived his apparent death in Return of the Jedi by latching his soul on to it?

After all, he came into contact with the helmet when the redeemed Anakin threw him off the balcony.

Additionally, it’s now Star Wars canon that Sith can live on through Dark Side artifacts like helmets.

In the official Darth Vader comics, Palpatine gave his apprentice the helmet of a deceased Sith called Lord Momin.

But soon after receiving the headgear, the soul of Momin began speaking to Vader.

Since Palpatine gave Vader Momin’s helmet, it seems likely he’d know Sith can live on in this way. Maybe he’s somehow revived into a new body after this?

Star Wars Episode IX: The Rise of Skywalker will be released in UK cinemas on December 19, 2019.