Star Wars 9 theory: ‘Palpatine is one of the Knights of Ren – Snoke covered for him’ 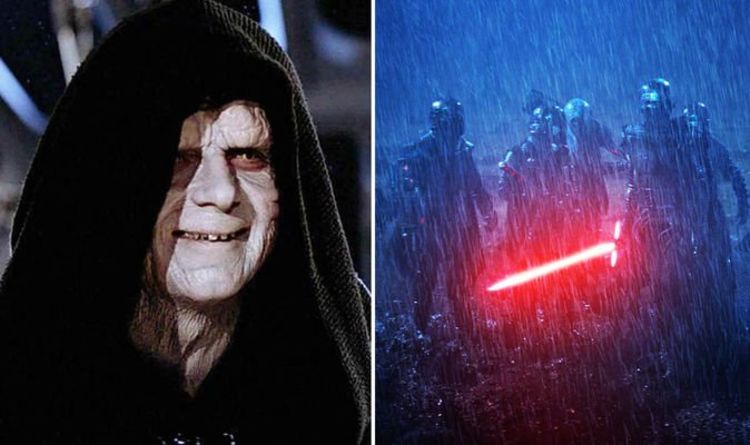 Palpatine is back for Star Wars Episode IX: The Rise of Skywalker, but how? There have been all kinds of theories out there, but now a new one reckons he’s been disguised as one of the Knights of Ren all along. Reddit user Animation_Bat points out a canon passage from the Ultimate Star Wars New Edition that states the Knights of Ren are permanently encased beneath their masks, while their species is a mystery. Perhaps the perfect hiding place for Darth Sidious?

The theorist continued: “It’s possible that Palpatine has been disguised as one of the Knights of Ren since the beginning, and has needed the full body armour and mask as life support since his apparent fall to his death in Return of the Jedi.

“Snoke has been described in canon as “highly attuned to the dark side, but not a Sith, Snoke has trained Kylo Ren and at least one other apprentice.

“Snoke could’ve told Kylo Ren that he had another apprentice before him, but it was really just a cover story to explain where the powerful Palpatine/Knight of Ren came from.

“Snoke has been Palpatine’s subordinate the whole time.”

The Knights of Ren have barely featured in the sequel trilogy at all, so hopefully, they’ll play a much bigger role in The Rise of Skywalker.

Meanwhile, another theory argues that Kylo Ren seeks Palpatine to reopen his Force bond with Rey.

Reddit user SenatorWhill argues: “He wants to find out how to bridge the force bond between himself and Rey.

“I would suspect ever since Rey cut the bond off, he’s been trying to reopen it.

“And since Snoke was the one who bridged them together in the first place, he’s trying to find out how Snoke did it.

“It also makes sense to me because apparently the Oracle character Kylo talks to basically calls him out for having feelings for Rey.

“And this would be what leads the Oracle to make such a claim, to begin with.”

They added: “It’s a direct thread/continuation of the idea planted in TLJ.

“I’d imagine Palpatine knows how to do this and it’s one of the things he does for Kylo to help persuade him to his plan.

“While I think this makes the most sense to me plot-wise.

“I’m hoping there’s still more to discover about Snoke, most likely through Palpatine.”

Star Wars Episode IX: The Rise of Skywalker will be released in UK cinemas on December 19, 2019.

Fans of nature's horror shows will no doubt be familiar with those tongue-eating parasites known for tapping into the blood supply of fish, sometimes attaching...
Read more