Star Wars Rise of Skywalker shock: THAT big Rey revelation was teased in The Force Awakens 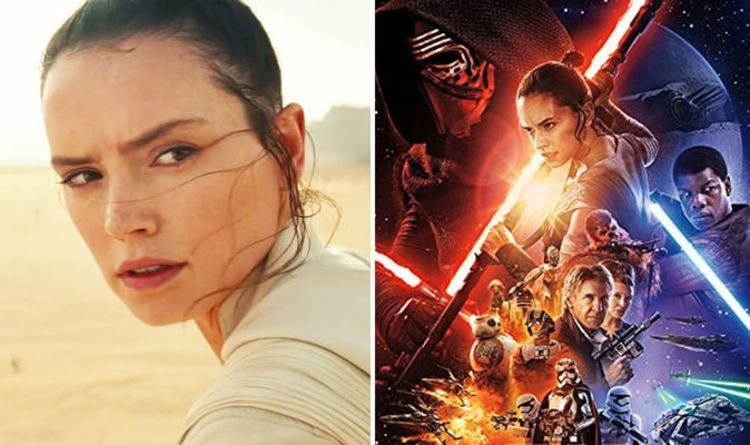 WARNING SPOILERS FOR THE RISE OF SKYWALKER AHEAD. The new Star Wars movie had some big reveals. However, it was the truth of Rey’s parentage in The Rise of Skywalker which was the most shocking.

In The Last Jedi, Kylo Ren told Rey her parents were nobodies.

However, with the return of Palpatine, Ben Solo learned in The Rise of Skywalker that her mother and father were only pretending to be nobodies to protect her.

It turns out that in reality, Rey is Palpatine’s granddaughter, which was a theory as far back as 2016.

And one theorist pointed out the evidence of this from JJ Abrams’ other Star Wars movie, The Force Awakens.

READ MORE: Star Wars 9 Rise of Skywalker DEATHS: Everyone who kicked the bucket

In a now-deleted YouTube video, the theorist highlighted the stark similarities between Rey and Palpatine.

Firstly, both characters fight with lightsabers in exactly the same way.

Most noticeably is their shared forward thrust, seen when Rey fights Kylo Ren on Starkiller Base and when Palpatine defeats Mace Windu in Revenge of the Sith.

The next piece of evidence comes from The Force Awakens novelisation, a book that’s part of the official Star Wars canon.

Meanwhile, in The Rise of Skywalker Richard E Grant’s General Pryde appears to tease an association with Grand Moff Tarkin.

During a scene where the First Order officer is talking with Palpatine via holograph, Pryde talks of serving Darth Sidious in the old wars.

Assuming he means the original trilogy, that means Pryde would have been in his late twenties or early thirties during the Empire’s reign.

But considering his resemblance to Peter Cushing’s Grand Moff Tarkin, perhaps Pryde is related to the villain?